Few people have lived the fulfilled life that John F. Yarbrough knew for his ninety years. His was a life of unselfish devotion to his family, his vocation, his church, and his community. He will long be remem­bered by his friends and coworkers as an inspiration to be around, always with a good story or anecdote about his early years as a county agent.

John was born in Ashford, Alabama, on April 23, 1893. He graduated from Marion County High School in 1912 and from Auburn University in 1918. He immediately joined forces with the Alabama Cooperative Extension Service as a county agent in Lawrence County. In total, John Yarbrough served the people of north Alabama for forty-four and a half years, working as a county agent in Lawrence, Colbert, Winston, Etowah, and Marion counties. He worked a total of thirty-eight years in Colbert and Marion counties alone!

A pioneer in agriculture, he was the county agent during the time that farmers first got electricity and com­mercial fertilizer. He sold “the Auburn method of fertilization,” aided farmers in boll weevil control, dem­onstrated soil terracing to reduce erosion, formed cooperative hog sales, and worked closely with the youth in the first 4-H Clubs of North Alabama. He saw many transitions in ways and means of production and worked tirelessly to help others adapt to the ever-changing technologies in agriculture.

‘Pop’ Yarbrough made a special contribution to the Alabama Extension Service, and it was with high praise for his many years of dedication and effective work that they accepted his retirement notice in 1962. It was his and Auburn’s pride that he never worked for anyone except Auburn University once graduating from college in 1918.

Russellville, Alabama, became his home after his retirement from Marion County on December 31, 1962. For the next twenty-one years, he continued to show his love and concern for people as an active church and community participant. He died on December 9, 1983, survived by two sons, John F. Yarbrough, III, and Walton Yarbrough, and two daughters, Helen Stevenson and Rena Doty.

In recognition of his forty-four and one-half years of effective and productive work to the Alabama Coop­erative Extension Service, it is our honor to place the name of John F. Yarbrough on the dedicatory plaque of the Extension Memorial Chapel. 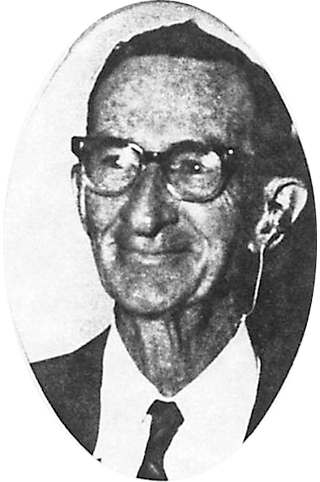