John Parrott began his career with the Alabama Cooperative Extension System in 1959 as an Assistant County Agent in Marshall County. He later became radio-television editor and news editor in the ACES Communications Department at Auburn University. In 1969, he was promoted to head of that department and served in that capacity until his retirement in 1984.

During his career in ACES Communications, Mr. Parrott led a staff of editors and writers who regularly earned national awards for his work in mass media and publications. Mr. Parrot was described by former ACES director, Dr. Gaines Smith, as having a passion for excellence and a willingness to go the extra mile to bring timely information to the people of Alabama. He was a quiet but effective leader who didn’t have to yell to be heard, said one member of his staff.

Prior to beginning work with Cooperative Extension, Mr. Parrot had served in the Army during World War II and taught vocational agriculture for two years. He received B.S. and Masters’ degrees from Auburn University.

Mr. Parrott was a charter member of Parkway Baptist Church where he served as a deacon and in various other leadership roles.

Following retirement, Mr. Parrott was active in the Alabama Retired State Employees Association and was elected president of that organization during its period of rapid growth.

Mr. Parrott enjoyed his family and his church and spent many afternoons on the golf course, having received a new set of golf clubs from his colleagues as a retirement gift. He always regarded golf as a reflection of how life was to be lived: play by the rules, never cheat, and go forward knowing there would be some bad days, but always better days ahead. John Parrot lived his life that way without exception.

John Parrott will be remembered as a man devoted to his faith, his family, and to the organization for which he worked. His name will be associated with words like integrity, honesty, and compassion. Epsilon Sigma Phi pays tribute to this wonderful man and his work by adding his name to the dedicatory plaque at the Extension Memorial Chapel. 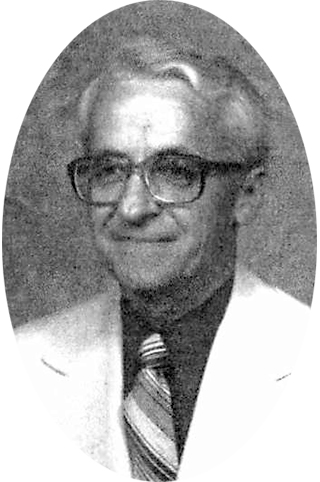