Lem Morrison was concerned for the future of Alabama’s young people. We will remember him for his tireless and effective work on their behalf and his personal commitment to the development of the Alabama 4-H Youth Development Center.

His first direct involvement in 4-H came when his daughter, Lemuel, now a pediatrician at the University of South Alabama Medical Center, was a state 4-H dairy foods project win­ner. Her experience convinced Morrison of the value of 4-H, and from that point, he became an avid 4-H advo­cate. When the Alabama 4-H Foundation was organized in 1956, he played a major role in its initial $1 million fund drive. He was appointed chairman of the 4-H Foundation Board in 1964 and served until September 1991. The Alabama Cooperative Extension Service recognizes that the Alabama 4-H Youth Development Center exists today largely because of his personal commitment and leadership.

“Mr. Lem” rose from humble beginnings to become one of Alabama’s most respected and revered business and agricultural leaders. He was regarded as the father of the dairy industry in West Alabama, and he had a profound influence on the soybean and catfish production industries in that part of the state. He served in many capacities with farm organizations, including terms as a member of the Agricultural Stabilization and Conservation Ser­vice state committee, four terms as a member of the Alabama Board of Agriculture, and as a charter member of the Southeast Livestock Exposition.

A few of his many awards included the Alabama Small Businessman of the Year in 1971, the Alabama Farm Bureau Private Enterprise Award in 1981, and the national Epsilon Sigma Phi award in 1978. He loved and sup­ported Auburn University, and one of his proudest moments was when the University conferred upon him the honorary doctorate of science degree in 1983.

Born in Hale County to William Samuel and Henrietta Morrison, he was the sixth of eleven children. As a youngster, he worked on his family’s farm, cut timber, and drilled wells. In 1924, he began his career with 40 acres, a horse, and $500 in debt. At his death, he was president of Dairy Fresh Corporation, a multi-state, multi­million dollar business. Typically, he had not strayed from his roots. National headquarters for Dairy Fresh sits unpretentiously in the small West Alabama town of Greensboro, not far from the land where he began farming 68 years earlier.

John Lemly Morrison was loved and appreciated by many, many Alabamians. We will treasure his memory with his family — wife Beatrice, daughter Lemuel, and son John Lemly, Jr. Mr. Morrison’s work on behalf of Alabama’s youth will be a monument to his benevolence. We are proud to place his story in the “Book of Mem­ories” to be viewed by all who visit the Alabama 4-H Youth Development Center. 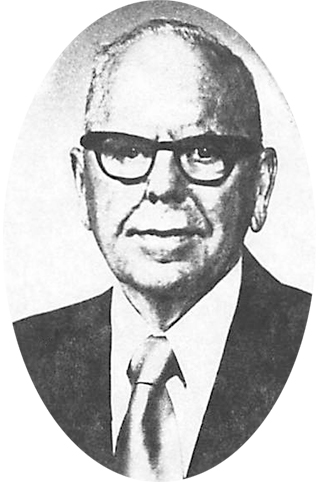