John M. “Bubba” Trotman’s deep affection for agriculture began when he was a child growing up in Pike County as the son of a farmer and mule trader. He left his hometown of Troy while still a teenager when he was recruited to play football at Auburn University, where he majored in agriculture.

After serving in the Merchant Marines and the U.S. Army, he returned home to help his father run the farm and mule business. After his father’s death, he moved the family business to Montgomery where the Trotman Cattle Company became a nationally renowned cattle order buying enterprise.

He continues to be involved in community and charity organizations and has given his support to Alabama 4-H and youth organizations. Trotman believes that young people will continue to build the cattle industry to make a better future for Alabama.

Nominated by the Alabama Cattlemen’s Association 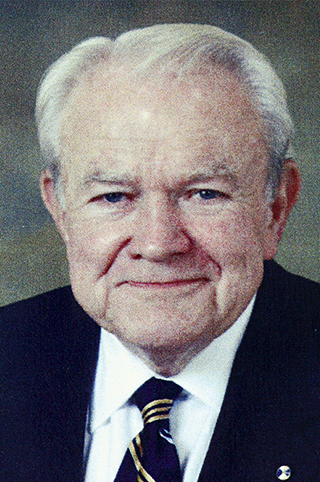