He didn’t live long, but he lived a full life in the years he had. A friend to many, a church lay-speaker, a leader in his career field, and a loving family man. That was John Lowrey.

Born John Robbins Lowrey on September 22, 1916, in Uniontown, Alabama, he had many hometowns. As he and his family followed the Rev. Frank Mitchell Lowrey, their patriarch and spirited leader, John put roots down in Midway, Beatrice, Ft. Deposit, Elba, and Centerville during his formative years.

When it came time for college, John first chose the University of Alabama in Tuscaloosa. He attended class there for one year (1935-36). The lure of the land then brought him to Auburn Uni­versity, where he could study agriculture. He wanted to return to the rural areas he had grown to love and in 1940, after receiving his B.S. degree, he went to Waverly Hall, Georgia. There, he taught vocational agriculture for a year. His next job was also teaching vocational agriculture classes at Dozier, Alabama.

Early into World War II, John Lowrey entered the U.S. Navy (March 1942) and served through the entire conflict. He was honorably discharged in February of 1946.

At that time John was able to pursue his goal of service to rural Alabama families. He was named assistant county agent in Hale County in 1946. In October of 1946, John married Dorothy Johnson of Greensboro. They had one child, Janet. He remained in Hale County as assistant agent for four years, transferring to Perry County as county agent in 1950. During his service, John Lowrey was known as a leader in the community. He brought many Extension programs to the people and helped implement them with great success.

His untimely death was a great loss for his family, community, and state. In recognition of his contributions, the name John R. Lowrey is inscribed on the dedicatory plaque of the Extension Memorial Chapel. 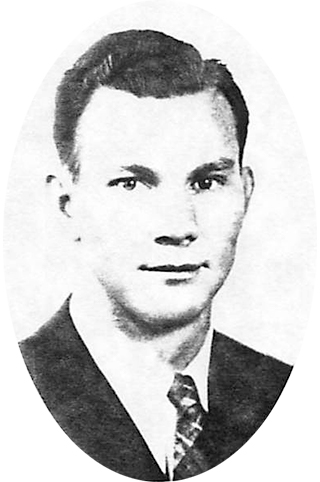