One of Alabama Extension’s most active and outstanding members was John Russell Parrish. He was a man of insight and foresight. His ability to inspire and guide farmers in communities across the state resulted in the adoption of modem techniques and technology so vital to the success and survival of Alabama agriculture.

Born on a dairy/cotton farm on October 6, 1907, John Parrish graduated from Chilton County High School and earned his B.S. degree in Agriculture from Auburn University. From 1929 to 1935, he taught vocational agricul­ture at Uriah, Alabama, and then returned to Auburn to gain a Master’s degree in Ag Science. At that time, John joined Extension as Assistant County Agent in Dale County. After two years, he transferred to Randolph County to be County Agent from 1940 to 1948. His next move was to the state staff at Auburn in the position of Extension Dairyman. No one could have been more dedicated or more qualified for that post. Mr. Parrish flour­ished in that job for twenty-five years until his retirement in 1973.

The honors and accomplishments of John Parrish are impressive. Perhaps his greatest talent was bringing new ideas to Alabama farmers. Among the most successful projects were the lend-lease dairy bull program, the manufactured milk project which produced a surplus and added income to the meager earnings of farmers dur­ing the war years, advanced record-keeping techniques, portable-pen calf raising system, appropriate use of chemicals, dairy shows, and trips all over the U.S. for young farmers.

During all the busy years, John loved to hunt and fish and also to have a garden with enough fruits and vegeta­bles not only to stock his shelves but to fill his neighbors as well. Near and dear to John Parrish was his mem­bership in Parkway Baptist Church, where he served as Deacon, Trustee, Chairman of the Finance Committee, and Superintendent of Sunday School. The life, work, and influence of John Parrish were summed up by one of his colleagues who told of Mr. Parrish’s early teaching years: “John Parrish spent the first nine years of his pro­fessional life teaching Vocational Agriculture in Monroe and Covington counties. Most significant is the fact that after more than fifty years his former students, and sons of former students, still feel the impact he had on their lives so they invite him back every year for homecoming, and he goes every year.”

In tribute and honor to the man and his devotion, the name John Russell Parrish is inscribed on the dedicatory plaque of the Extension Memorial Chapel. 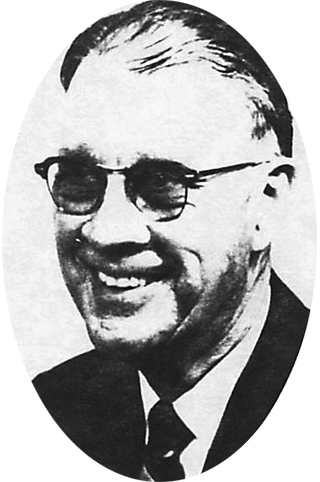