John Tom Gaillard, Jr., better known among friends and coworkers as Tom, was born in Evergreen, Alabama, and attended schools in Evergreen, where he graduated from high school.

He received his B.S. degree from Auburn University in 1934. Tom had a varied working career. He was a freight clerk for the L&N Railroad Company from 1927 to 1930. He worked as an agricultural engineer for the Soil Conservation Service from 1934 until 1941. After leaving SCS, he became a material control engineer for Dupont Company at Childersburg, Alabama, for two years and spent one year as Mechanical Engineering Instructor at Auburn. Next, he went to Westinghouse Electrical Manufacturing, Pittsburgh, Pennsylvania, for one year.

He spent the next 25 years with Alabama Cooperative Extension Service at Auburn Uni­versity, serving in three specialist positions — Rural Resource Development, Rural Civil Defense, and Marketing Facilities — until his retirement in 1969.

During his Extension career, Tom carried out effective educational programs in farm machinery, civil defense, and other areas. He was extremely popular with his coworkers and clientele. An active church member, he served in many positions, including deacon. He also was a Mason.

Tom’s son Terry remembers his dad as always having time to help with any problem he or other family members had. “He was our supporter and our friend,” Terry said. “He was not one to take over and solve our problems, but he gave suggestions and took time to work through them with us. That was his way of teaching.” No father would have been prouder than to have known Terry’s next words: “If I had to grow up again and had my choice of all the men in the world to be my dad, I would choose Tom Gaillard.”

In tribute to his life and career, the name John Tom Gaillard, Jr., is inscribed on the dedica­tory plaque of the Extension Memorial Chapel. 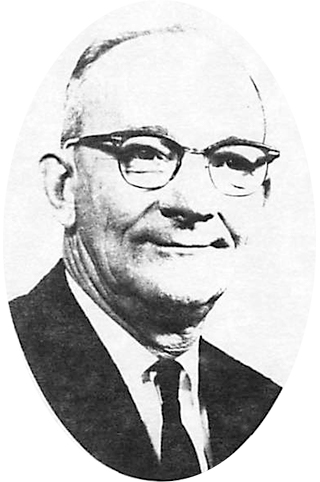