John William Pate was one of the early pioneers of Alabama agricul­ture, giving thirty-seven years of successful service to the Alabama Extension Service as county agent in Lamar County and in DeKalb County.

He was born on April 8, 1884, in Bethlehem, Georgia, and was educated in Blountsville, Alabama, gradu­ating high school there in 1917. World War I began, and he signed up with the Army and spent two years in the military. Returning to the states in 1919, he came to Auburn to study for a degree in agriculture and received his B. S. degree in 1923.

Immediately upon graduation, he began his career as a county agent, being appointed to Lamar County on May 21, 1923. After six years, he transferred to DeKalb County and served there until his retirement on August 31, 1960.

Mr. Pate was lauded as one of the hardest workers in the Extension Service, known for his good results when working with farmers at all levels of local agriculture. He was a bachelor; therefore, he could devote his entire life to his job. He worked long hours and spent a great deal of time in his office at night writing news items, circular letters, and planning meetings, tours, and other Extension activities.

For thirty-seven years, Mr. Pate dedicated himself to working for the people of Alabama, especially those in Lamar and DeKalb Counties. He realized the importance of coordinating his activities with the Farm Bureaus, Chambers of Commerce, and other civic and agricultural organizations as he provided his excel­lent leadership to the Extension programs in these counties. Mr. Pate was active in the County Agents’ Association, encouraging younger agents to become active members as well. He received the Distin­guished Service Award of the National Association of County Agents in 1949, a most honorable award.

After his retirement in 1960, Mr. Pate returned to his home place in Blount County, built a home, and lived there until his death on July 14, 1981.

His years of devoted service are recognized here as the name of John William Pate is inscribed on the ded­icatory plaque of the Extension Memorial Chapel. 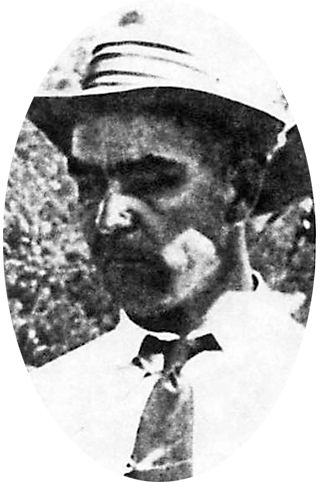