As unlikely as it might seem, a man born in the last year of the War Between the States became a county agent in Walker County, Alabama. The year 1910 — four years before the signing of the Smith-Lever Act — found John William Sartain beginning his long and successful career with Alabama Extension.

His birthday was November 11, 1865 — his hometown Oakman, Alabama. John Sartain was reared on a farm and served a year as manager.

In 1889, Mr. Sartain taught grammar school in Providence. He continued his teaching at Shep­herds during the 1882-93 school year. He then spent nine years as a merchant before the call of the land brought him back to farming for the years 1903 to 1910. It was then that the Extension Service hired John Sartain as county agent for Walker County.

Retrospect reveals that he was one of that grand group of pioneers who established extension work on a sound basis in the counties. His early successes set the tone for the future. Farmers began not only to accept the programs presented by agents like John Sartain but also to expect continued updating on modern methods and technologies.

In tribute to his contributions at the outset of Extension, the name John William Sartain is inscribed on the Memorial Chapel. 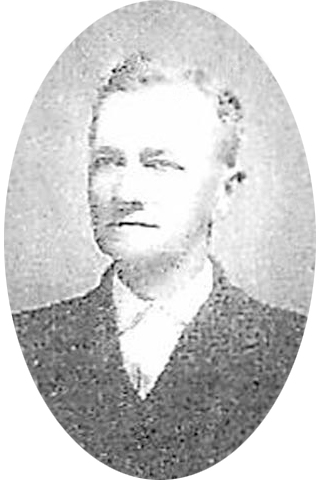