It was altogether typical of Johnie Marable that on his last day of work — April 16, 1976 — that he was so engrossed in Extension business that he didn’t leave his office on the Auburn campus until well past quitting time.

It was typical, too, that he was in fine spirits on that day and insisted that two of his close personal friends, also working late, join him and wife Virginia at a local restaurant for dinner.

If any person ever loved his work, valued his friends, and treasured his family, it was Johnie Marable. In turn, his friends and coworkers had come to look on him like a solid rock of wisdom and common sense who was always there to listen, to help, and to share other people’s problems. His counsel was sought, his judgment valued.

People naturally gravitated to Johnie because they knew he was not only a friend but one of uncommon intelligence and understanding. And because of that, he was able to do things and get things done that will benefit the Extension Service and its clientele for years to come.

As a new Baldwin County assistant county agent in 1955, later as a rural resource development specialist for Southwest Alabama, as County Extension Chairman in Escambia, and for the last 10 years of his life as District Program Specialist headquartered in Auburn, Johnie demonstrated the true meaning of Extension work – total dedication to helping people build better, more satisfying lives.

He was a native of Tallapoosa County, a graduate of Lanett High School, and held the B. S. and M. S. degrees from Auburn University.

Johnie Marable, 50, died unexpectedly on an Easter Sunday afternoon, April 18, 1976. Funeral services were held in Auburn at the Lakeview Baptist Church, where he had been an active mem­ber for several years. Burial was in Lanett. Survivors included his wife, Virginia, a member of the Extension state staff; a brother, two sisters, a foster daughter, and four foster grandchildren.

As a lasting tribute to this man and his life’s work, the name of Johnie Marable is inscribed on the dedicatory plaque of the Extension Memorial Chapel. 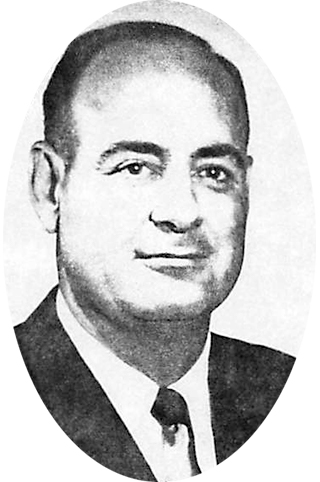