Born and reared on a small farm in Noxubee County, Mississippi, Joseph Bradford began to earn his way early in life. After completing the sixth grade in a rural school system, he worked in the nearby logging and lumber operations. Other jobs he held included country store clerk and assistant manager of a sawmill.

By his late teens, Joseph Bradford had decided to leave Mississippi to further his education at Tuskegee Institute. In August 1929, he entered the sixth grade and spent the next 10 years reaching his goal — earning a B.S. degree in Agriculture Education. During his years at Tuskegee, he continued being employed in food services as a cook and waiter and in retailing as a store clerk and assistant manager. He also took courses in the useful trades of bricklaying, plastering, and cement finishing.

In May of 1940, Joseph Bradford accepted an assignment with the Alabama Extension Service as county agent in Elmore County. His work focused on providing information to farm families on better methods of farming and liv­ing. By organizing 4-H and other clubs, agent Bradford fulfilled his responsibility to develop the human resources of Elmore County.

Rewarded for his dedication, Joseph Bradford was named Farm Information Specialist in 1949. This position required traveling into more than half of Alabama’s 67 counties, gathering information among county personnel and clientele to produce a weekly radio program and a monthly farm paper. Between September 1955 and 1956, Mr. Bradford completed work on his M.S. degree in Agricultural Journalism at the University of Wisconsin. He returned to continue the production and dissemination of information and ideas for better farming and living practices. Still eager to gain more knowledge, Joseph Bradford attended workshop sessions in New York, thanks to a Ford Foundation Grant. He then spent two years completing the requirements for the Ph.D. degree.

In December 1961, Mr. Bradford was assigned to the Federal Extension Service of the U.S. Department of Agriculture in Washington, D.C., as Educational Media Specialist. Duties of this position included the development of media informa­tion for national distribution, travel about the South, Southeast, and Southwest, conducting media courses and workshops among state and county farm agency personnel. September 1965 found Joseph Bradford transferred to the Office of Economic Opportunity in Washington, D.C., as Rural Resources Specialist. He traveled much of the U.S. helping develop various types of economic educational and social structures, programs, and projects. Among his assignments were developing improved methods of communication, cooperation, and coordination of efforts among agencies and clientele and the duplication of some processes in Alabama, Mississippi, and Tennessee. Another important duty was his assisting families in a two-county disaster area recover from damages by tornadoes.

Joseph Bradford’s final assignment was to the OEO in Atlanta, Georgia. In 1973, Mr. Bradford retired and returned to his home in Wetumpka. He did not quit work but was more active than ever in civic and community projects. In honor of his life and the contributions he made to his fellow man, the name Joseph Bradford is inscribed on the dedi­catory plaque of the Extension Memorial Chapel. 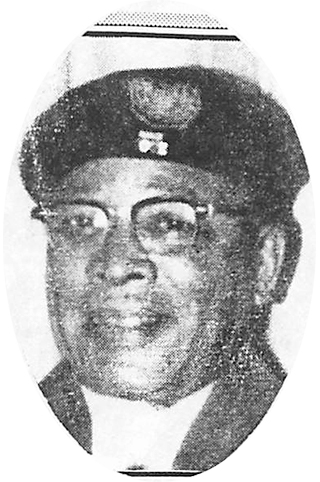