Joseph Timrod Banks was the son of Joseph and Mammie Banks of Mt. Andrew, a small community in Barbour County, Alabama. He graduated in 1932 from Tuskegee Institute (now Tuskegee University) with a bachelor’s degree in agriculture.

His versatility was evident in his educational, civilian, and religious work.

His first job after graduation was as a vocational agricultural teacher at the Choctaw County Training School in Lisman, Alabama, where he remained for fifteen effective years. During this time, he created bus transportation for Choctaw County Training School students. He served as local supervisor of the school community cannery, where 1,000 families processed more than 5,000,000 cans of fruit and vegetables between 1945 and 1947.

Having always believed in the work of the Extension Service, Professor Banks eagerly accepted the position of Negro County Agent in Choctaw County in 1947. He was instrumen­tal in aiding farmers and 4-H’ers triple their per acre production of field crops. Poultry and livestock production was also improved. In 1957, he returned to Tuskegee Institute and received a master’s degree in agriculture. In 1977, he retired after thirty years of meritorious service to his community, county, and state.

He was a faithful church worker. Some of his activities included Chairman of the Deacon Board, Sunday School teacher, and church historian for the Greater First Baptist Church of Lisman.

Joseph T. Banks passed away on October 17, 1991, at the age of 84. He had lived a full and productive life. He is survived by his wife, Odessa; three children, Joseph Jr., Russell, and Estella Calhoun; eight grandchildren and four great-grandchildren.

To honor his accomplishments, the name Joseph T. Banks is inscribed on the dedicatory plaque of the Extension Memorial Chapel. 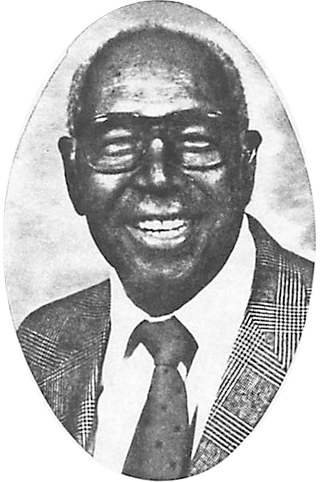