Very informed… highly intelligent… supporter of colleagues… honest… helpful… communicator. The epitome of what Extension work is. These are words that come to mind when former coworkers are asked to describe Julia M. Smith.

Julia M. Smith was born in Geneva County and spent her early years there before the family moved to Dale County, where she graduated from Dale County High in 1936. She attended college at Montevallo and Auburn University, receiving her B.S. degree in Home Economics Education in 1942 from Auburn.

Prior to joining the Alabama Extension Service in 1955, Miss Smith shared her talents in a myriad of job opportunities. These included working for the Department of Commerce in the Bureau of the Census; the Bureau of Nutrition and Home Economics; as a cook in the Women’s Reserves of the US Marine Corps; Georgia State Department of Public Health; and with the Food and Agriculture Organization of the United Nations, in Washington, D.C. She once commented that she became interested in Extension work while working in an international organization that did Extension work in underdeveloped countries.

Miss Smith began her Extension career as the Assistant Home Demonstration Agent in Crenshaw County, working with the 4-H Club program, and moved to the same position in Houston County in 1956. After only four months in that position, she became responsible for the Adult Home Economics program in Houston County until her retirement from the Alabama Cooperative Extension Service in 1979.

Miss Smith is remembered for being a real Extension supporter. During the times when the county was without a 4-H Agent, Miss Smith stepped right in and never let the youth of Houston County down. Her programs for the young people in 4-H were also appropriate and enlightening. She was very important to the total Houston County Extension program. Her impact on the people of Houston County and Alabama will be felt for generations to come.

One of the most important contributions Julia Smith made to the Extension Service was to work on the pilot project for EFNEP. Her guidance and involvement with this program helped to make it the success that it continues to be today.

Professionally, Miss Smith served the Alabama Association of Extension Home Economists in a variety of positions, including President. She was recognized by this organization, too, with the Distinguished Service Award, a certificate of Outstanding Service, as well as other honors and awards.

Miss Smith served on the Head Start Council and worked with many Head Start parents in Houston County. She was honored for this work by receiving the Head Start Certificate for Outstanding Service, an honor for which she was extremely proud.

To honor this lady, her accomplishments, and her spirit of Extension, we are proud and honored to include the name of Julia M. Smith on the dedicatory plaque of the Extension Memorial Chapel. 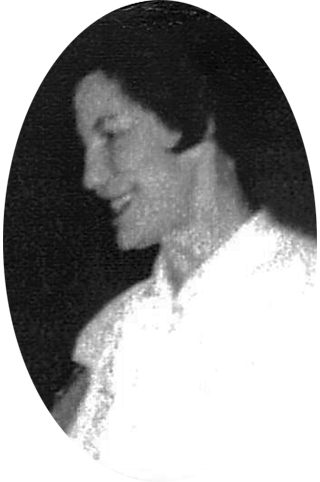