John Julian Young was born on October 13, 1906, in Lawrence County, Alabama. He was the son of Arthur B. and Viola Jackson Young. A favorite story about his youth that Julian loved to tell was how he had to ride the mule into Moulton, five miles away, to attend school while he stayed the week with his uncle, then rode the mule back home on weekends.

Julian earned his B.S. and M.S. degrees from Auburn University. He was first hired as a USDA Bureau of Entomology inspector to eradicate the fruit fly in Orlando, Florida, and then taught vocational agriculture at Goodwater and Cedar Bluff, Alabama. At Cedar Bluff, he met and married Evelyn Cobb of Ashville, Alabama. They were married 57 years before she died in 1996.

A former coworker wrote, “Julian Young became a cotton expert in Cherokee County. His farmers won numerous state cotton production awards. During his tenure, he helped introduce mechanized farming, the cotton picker, insecticides, and herbicides. He instituted Cherokee County Cotton Day that became a Cherokee County tradition. The Ellis Cotton Improvement Association, formed in 1951 and believed to have become the largest such association in Alabama, built a community clubhouse in 1956 entirely with funds earned in state contests.

In reporting a wrap-up of yearly cotton yields in his weekly Cherokee County Herald column, “Around Cherokee,” Julian Young related the yield was “580 pounds, allowing for bagging and ties.” The Extension secretary had trouble reading his handwriting. When the article was printed, it stated, “allowing for ‘bragging and lies,’ the yield was 580 pounds.” J.J. laughingly retold that story many times over the years.

The late Sam Eich wrote on May 17, 1998, “You were the most knowledgeable County Agent that I worked with while I was Cotton Agronomist. You taught me a lot about cotton and life. I really looked forward to visiting you and your great cotton farmers and others.”

After his retirement in 1970, J. J. and Evelyn Young returned to her home place at Ashville, Alabama. He became a leader in the St. Clair Camp of Gideons International and served as a Sunday School teacher at Centre First Baptist Church. He was a deacon at Centre Baptist Church and at Ashville First Baptist Church. Julian and Evelyn Young were well aware that “You can’t take it with you – but you can send it on ahead.” They established a perpetual trust fund to help fund Baptist Missionary activities nationally and worldwide through the Alabama Baptist Foundation.

In recognition of his unselfish service to his God and Extension, the name of Julian (J. J.) Young is inscribed on the dedicatory plaque of the Extension Memorial Chapel. 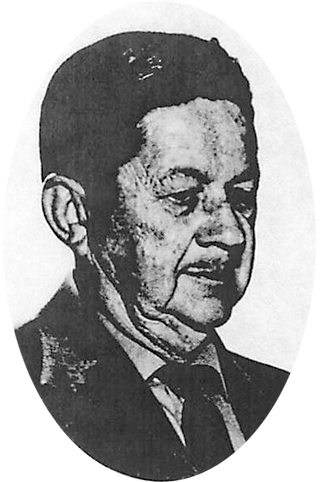