Junior “Wimpy” Gillespie has been a long-time supporter, dedicated volunteer, and local leader with the Lawrence County 4-H program. He became acquainted and involved in 4-H as a fourth-grader, and his love for 4-H carried over into adulthood where he became one of the county’s most energetic and motivational local leaders for hundreds of Lawrence County 4-H’ers.

He served as a volunteer for 24 years until his retirement. After his retirement, he still remained involved in the program. During his years of involvement, Gillespie spent hours helping youth to prepare for various 4-H competitions. He hosted numerous wildlife day camps on his farm and fishing camps at his personal family pond. He conducted skeet shooting and taxidermy workshops and assisted with the 4-H Chicken-Que and public speaking programs. He served as a judge and helped recruit judges for many 4-H competitions. He even assisted with the 4-H livestock program.

Gillespie attended many of the early Alabama 4-H Volunteer Leader forums where he was instrumental in helping to establish and raise funds for a scholarship program. He attended Fontana Leadership Conference and also represented Alabama several years at the Southern Region Volunteer Leaders Conference. In 1991, because of his extensive
involvement with 4-H and the environment, Gillespie received the Mosley Environmental Award. He also received the Monsanto Salute to Excellence Award and has been recognized by the Lawrence County 4-H program as an outstanding volunteer leader.

Gillespie has touched the lives of many youths in Lawrence County. He encouraged them to participate in activities and to always strive “To Make the Best Better.” 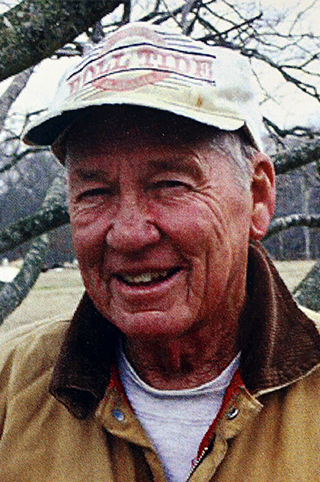