Karen Melson has been involved in the Morgan County 4-H program for most of her life. She started out as a 4-H’er in the fourth grade and was in 4-H for 8 years. Melson’s main focus in 4-H was in poultry science and in the dairy foods exhibits. During her 4-H years, she placed first in the state Poultry Science. She also won first place for three years in the district dairy foods exhibit. She placed second at the state level for two years and third for another year. She also entered food exhibits at the Morgan County fair and the Northeast Alabama State Fair in Huntsville, winning those competitions several times. Melson began as a 4-H volunteer in 1984.

Melson was the first in Morgan County and in the state to begin a Science, Engineering, and Technology 4-H (S.E.T.) club with the Lego Mindstorm robots. After five years, the Morgan County Board of Education took notice of the program, and Melson was instrumental in introducing the Robotics program to the system. This paved the way for seven more S.E.T. 4-H clubs to be started in the middle schools in Morgan County.

Melson combines some of her classroom plans around the 4-H curriculum, from building and programming the robots or building and launching rockets. She even has mini robotics competitive events on her days off.

When it is time for the Morgan County competitive event, she always brings a busload of 4-H’ers. They stay to the end to help put up the chairs and tables that they had helped set up the day before. This shows how much her students love her, and many of these students have competed at the regional and state levels.

Melson received the Achievement in Education Award from the Optimist Club of Decatur for her work with 4-H.

Melson has not only donated her time but she donates her resources as well, whether it is a ride to a competitive event or finding and buying a needed item for a project. “My greatest award has been the opportunity to give my students the same opportunity I enjoyed being a 4-H’er,” says Melson.

Sharon Fisher, Morgan County 4-H assistant, sums up her feelings: “It has been a joy for me to work and get to know Karen Melson, as she is one of the genuine people on this earth. To her, I owe a debt of gratitude.” 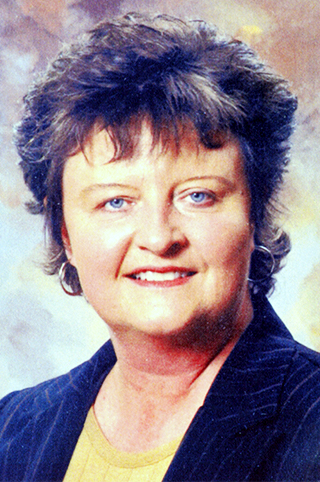