Katie Turner was twenty-three when she went to work for the Alabama Cooperative Extension Service, working one year in the Plant Science Division and three years as head secretary in the Information Services Division. While working at the state office, she made a permanent impression on her supervisors and associates. Her personnel file contains glowing performance evaluations, such as: ‘Mrs. Turner is one of the best leaders we have had in our division’; ‘very dedicated and maintains excellent relations with all office personnel’; ‘takes pride in her work’; ‘easy to work with’; ‘maintains a congenial attitude toward the people she works with.’

It is easy to see that Katie kept up her good work habits with her subsequent jobs and responsibil­ities. She ran and was elected to a six-year term as Cleburne County Tax Collector and a six-year term as the county’s first Revenue Commissioner. She designed several computer programs that simplified the county’s tax accounting system. Her expertise in the field led to a job with the State Revenue Department during the Guy Hunt administration. She designed computer programs for several tax offices in the state.

Katie Moore Turner grew up in Cleburne County and was active in extra-curricular activities all through her public school years. She was an outstanding 4-H Club member, a State 4-H winner, and participated in many club events. After graduating from Cleburne County High School in 1964, Katie took several commercial/business courses at Anniston Business School. She worked in the County Health Office in Heflin for approximately three years as secretary and then came to Auburn with her new husband Dana and sought employment with the state office of the Extension Service.

There was so much more to Katie than her “working” life. She was a vibrant young lady who “bubbled over with personality.” Active in her community, she was a charter member and presi­dent of the Heflin Pilot Club. She served the organization as Alabama District Governor. She was a member of the Alabama Easter Seal Society and served on the Calhoun – Cleburne Opportunity Center board of directors. She was a member of Heflin Baptist Church.

Katie’s untimely death was a great loss to her family and community. In recognition of her life, the name Katie M. Turner is inscribed on the dedicatory plaque of the Extension Memorial Chapel. 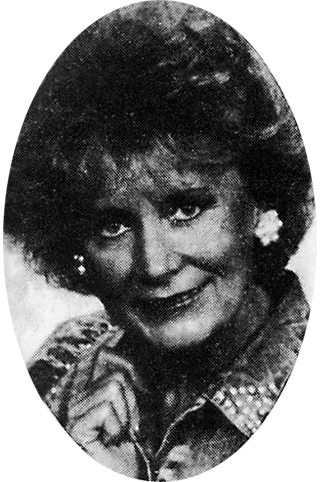