Kenneth James Copeland of Auburn, chronicled the good times and bad of Alabama agriculture for more than three decades.

Copeland was a 1954 graduate of Boaz High School, received a bachelor’s degree in agriculture from Auburn University (then API) on June 4, 1957. Then he and his new bride of three days, the former Peggy Wells, headed to Washington County, Alabama, to begin work as an assistant county agent.

He later worked as an assistant agent in Choctaw and Conecuh counties before moving to Auburn in 1960 as news editor in Extension’s communications office. In the meantime, he had earned a master’s degree in agriculture from Auburn.

Copeland’s byline appeared nationally in magazines such as Farm Journal, Progressive Farmer, Delta Farm Press, Alabama Farmer, and other ag-related media. He had a reputation for clear, concise writing that farmers could put to practical use. He retired from Extension in 1993, ending a 33-year-career.

He was a faithful member of Grace United Methodist Church and later at Auburn United Methodist Church. He was also a member of McGee-Lacy Sunday School class and the Tuesday morning men’s Bible study. Prior to his declining health, “Grandoc” as he was affectionately known by his family and friends, enjoyed visiting his children and grandchildren, working in the yard, and always cheering for the Auburn Tigers.

The Alpha Pi Chapter of Epsilon Sigma Phi honors and remembers Kenneth James Copeland by placing his name on the dedicatory plaque of the Memorial Chapel. 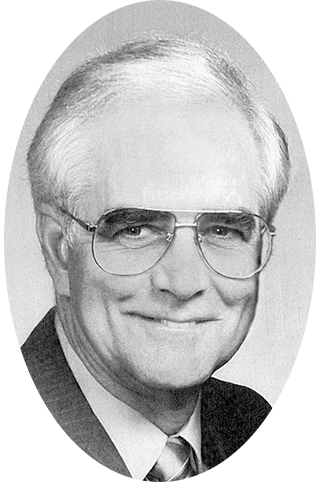