A tragic automobile accident on April 29, 1990, took the life of one of the most outstanding former 4-H’ers in the state of Alabama. Kevin Duane Turner was just 23 years old but had accomplished more than most could during a normal lifespan. He was a 1985 graduate of Citronelle High School and a 1989 graduate of Auburn University, receiving his degree in agribusi­ness and economics.

In high school, Kevin was an honor student and because of his love for rural life, he excelled in several 4-H projects. His 4-H agent described him as “a rewarding joy to work with and one who set a wonderful example for all who associated with him.” Kevin credited his family for his early interest in 4-H club activities — two sisters who had been active 4-H clubbers and his mother, who was a former 4-H’er herself.

One of Kevin’s most liked 4-H projects was veterinary science. He began this adventure in 1980 when he was taking care of ten head of cattle. His project grew to 33 head of registered cows, five sheep, and two pigs. As he encountered many different problems and diseases, he learned to diagnose and treat many of them. He did not hesitate to call a vet­erinarian when necessary and, in extreme cases, he asked the vet to make a house call. Kevin’s animal interests spread into other areas. He was a member of the first-place-winning beef judging team at the Greater Gulf State Fair in 1983 and was named overall high-scoring individual. He had projects in about a dozen other 4-H areas during his 4-H Club participation. Some of the more important ones were woodworking, photography, electric demonstration, soil and water, and beekeeping. He was a state beef project winner in 1984, showed the Mobile County Steer Show Grand Champion in 1981, a Caldwell delegate in 1981, and a CRD Conference delegate in 1982. Kevin also served as a jun­ior leader, 4-H Club President, and was a member of many 4-H committees.

As a high school student, Kevin participated in numerous activities. Besides being an honor student, he received rec­ognition in math, science, and leadership from the U.S. Achievement Academy and was named in Who’s Who Among American High Schools. He was also an outstanding member of the Future Farmers of America organization in high school and in college. In 1987, he received Alabama’s Future Fanner of the Year award, and in 1988, he received the highest degree awarded by the National FFA Organization, that of American Farmer.

In Kevin’s written report of his 4-H Beef Story (1983), he gave the real values of his 4-H training: “I learned the spirit of cooperation, the value of friendship, the value of record-keeping and the value of hard work — which includes car­ing for animals, pouring concrete slabs, installing sprinkler systems and many other chores that go along with project work.” In Kevin’s own words, “Thanks to 4-H I’m not fully grown, but I’m growing,” a statement that sums up the rewards of 4-H.

Kevin was survived by his parents, Mr. and Mrs. Duane Turner, and two sisters, Mrs. Rhonda Smith, and Mrs. Tonie James. We share in their loss of such a fine individual and celebrate his life with them by placing his story in the “Book of Memories,” which will be on permanent display at the Alabama 4-H Youth Development Center. 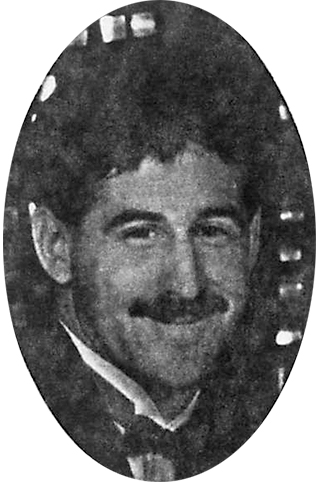