Kirtis Martin’s life began in Greensboro, Alabama, as the youngest child of John Marshall Martin and Una Crenshaw Martin. She was raised in Greensboro, leaving in 1924 to attend Livingston State Teach­ers College until 1926. She began teaching school in 1926 and taught the sixth grade in Helena and in Riverview. She then attended Auburn University, graduating in 1932. Her career with the Alabama Cooperative Extension Service began in 1933.

Miss Martin was named the Home Demonstration Agent in Centreville and Bibb County and held that posi­tion for thirty-five years, from 1933 to 1969, with a brief hiatus in 1937,- when she was a district supervisor for the Farm Security Administration in Tuscaloosa.

As Bibb County’s Home Demonstration Agent, she was responsible for a wide variety of duties and was con­sidered an expert in food preservation, home management, and family and child development. Upon first starting out, she found Bibb County deep in a great depression. Jobs and food were both scarce. To show the residents how to make do on a limited income, she spent her own money to buy canning equipment and used it to teach students and housewives how to prepare, cook. and preserve all kinds of vegetables, fruits, and meats. Year after year she shared her expertise with the people of the county, spending many unselfish hours of service to her constituents, teaching them the skills necessary to improve their family life.

Her duties included working with 4-H girls who still remember “Miss Kirtis,” and some of whom themselves entered a home economics career because of her influence. She will be remembered in Bibb County for her years of love and concern for others and her unselfish devotion to duty. Her friends will also remember her for her honesty, integrity, and high moral standards.

Her family and friends fondly remember that Miss Martin loved to be outside, to be working in her flower garden or maintaining her yard. It was her love of the outside as well as her love of children which prompted her to donate the Martin family lot, in honor of her mother, to the city of Greensboro, and today the Una Martin Park is a scenic three and one-half acre lot used for family picnics and other gatherings.

Kirtis Martin died on May 2, 1994. To quote a tribute that appeared in the Centreville Press, “Kirtis Mar­tin’s death at the age of 87, while not unexpected, created a sense of great loss and sadness among those who loved and admired her. It is doubtful that Bibb County will ever see a more conscientious and worthy public servant or lay claim to a finer resident citizen.”

Epsilon Sigma Phi is proud to honor the life of such a revered public servant by placing the name of Kirtis Martin on the dedicatory plaque of the Extension Memorial Chapel. 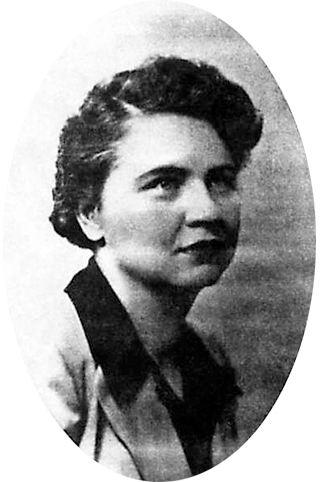