Inspired by his father and encouraged by his professors, Charles Chapman excelled in subjects of the soil. At an early age, he set his sights on working with Extension. He always wanted to help the peo­ple of Alabama to further understand their precious heritage — the land. Charles reached that goal even in his brief lifespan.

Louie Charles Chapman was involved in Alabama agriculture from the very beginning of his education. After graduating from high school, he enrolled at Auburn University where his father, Dr. Louie Chapman, was an Extension Agronomist, specializing in cotton. While still a student, Charles began his delve into pure research by working for Auburn on a soybean project. During previous summers, he had also been employed through Extension on various cotton programs.

In 1978, when he completed his B.S. degree, Charles realized his primary goal when he was appointed Assistant County Agent for Houston County. For four years, he was able to present programs and promote projects aimed at improving soil conservation — to Charles the very basic aspect of farming of any kind. The land — use it wisely or lose it — was his message.

During an ensuing illness that was to eventually prove fatal, his courage and positive attitude were an inspiration to all who knew him. He took great pride in his Auburn background — as a graduate and a mem­ber of the Auburn Extension family. Even after he entered a nursing home, he continued his own special brand of service as a county agent — serving as a source of information on gardening and soil testing and other topics for visitors and nursing home staff, and distributing Extension publications that he kept on hand. Neither did he ever lose his zeal for Auburn athletic teams, watching and listening to games in his room, which was generously decorated with AU paraphernalia.

In further tribute to the brief but inspiring life of the much loved and devoted Louie Charles Chapman, his name is inscribed on the dedicatory plaque of the Extension Memorial Chapel. 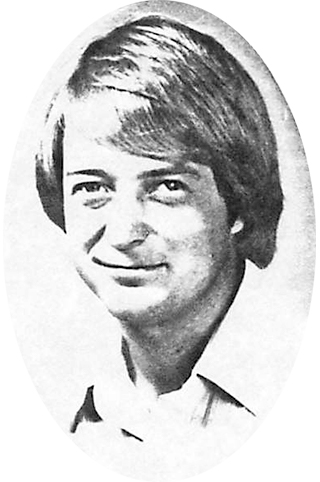