Mr. L. Shelton Hawsey was born and raised on a farm outside of Evergreen, AL by his aunt and uncle, Claude and Edna Brooks, following a tragic accident that took his father’s life.

Following graduation from Lyeffion High, Hawsey attended Auburn University where he earned a degree in Agriculture Education in 1959. His first job was teaching vocational agriculture in Apopka, FL where he met his wife of 53 years, Virginia.

Hawsey began his ACES career in Elmore and Lee counties with 4-H and agriculture responsibilities. These years provided him opportunities to learn the day-to-day responsibilities as the district 4-H agent covering the Southwest counties in Alabama.

Under his supervision, the 4-H staff looked for innovative programs for youth in diverse communities. Among these was the implementation of the 4-H Forestry Judging program.

Hawsey served as administrative liaison for ACES as the Alabama Association of Extension 4-H Agents planned and implemented the 1989 national conference in Mobile, AL. He received the Distinguished Service Award from NAE4-HA. Shelton was inducted into the Alabama 4-H Wall of Fame in 2009.

Hawsey was active in the Auburn and Alabama Chapters of the National Association of Retired Federal Employees (NARFE). He served in several chapter offices and on the state level as President.

“My best memory in 4-H is seeing the joy, satisfaction, and excitement that achievement brought to the 4-H members and their families,” Hawsey said. “Now I see former members in their adult life become contributing citizens and successful in their life work, many of them involved in 4-H with their children.”

The Alpha Pi Chapter of Epsilon Sigma Phi honors and remembers Mr. L. Shelton Hawsey by placing his name on the dedicatory plaque of the Memorial Chapel. 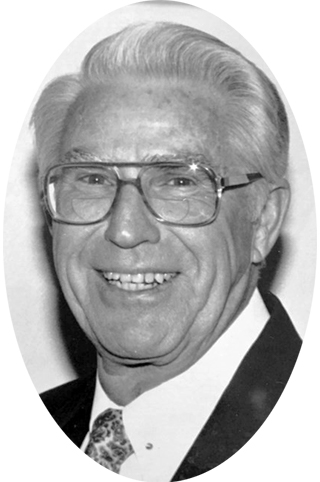