Laura Daly began her career during World War I, working in War Kitchens. She taught war veteran families how to cook and eat nutritiously. She traveled to meetings and demonstrations by horse and buggy. The farming communities loved to hear her coming.

Laura Randolph was a native of Hanover, Virginia, and a graduate of Hampton Institute, Virginia, who sent Laura on a short-term assignment to Gloucester County, West Virginia, to become the first county supervisor of Negro schools in their efforts to establish a high school program for Negro youth. She joined Extension on October 1, 1917, as Home Demonstration Agent in Mont­gomery County and transferred to Macon County in 1928, and took a year’s leave of absence in 1941. During this year, she served her country by working for the Office of Price Administration, and the southeastern states were her territory. Her duties were to help the people make the best use of their war stamps. On September 1, 1942, she was reappointed Home Demonstration Agent in Macon County, where she served until her retirement.

During her 37 years as an Extension employee, Laura Daly was an outstanding leader, always working with great enthusiasm for Extension projects and programs. Mrs. Daly was known for her abundance of compassion. She not only was good to her family, but she also helped those in need — sometimes giving food and money. She had a habit of cooking food and taking it to families who were hungry.

Mrs. Daly retired as Extension Home Demonstration Agent for Macon County on January 31, 1955, and died August 18, 1973, in Talladega. She was 88 years old. During those 18 years, she was an active citizen. She was honored by the American Red Cross many times for the more than 1000 hours of volunteer service at the V.A. Hospital in Tuskegee. These were also the years dur­ing which many strides were made for the civil rights of America’s black people. Mrs. Daly was very much involved in this emphasis, joining Martin Luther King in his march on Washington, registering voters, etc. Her two daughters are very proud of their strong-willed and civic-minded mother and have patterned their lives in her mold so that they, too, are considered women depen­dent on no one for their livelihood.

In recognition for her years of devoted service, the name Laura R. Daly is inscribed on the dedica­tory plaque of the Extension memorial chapel. 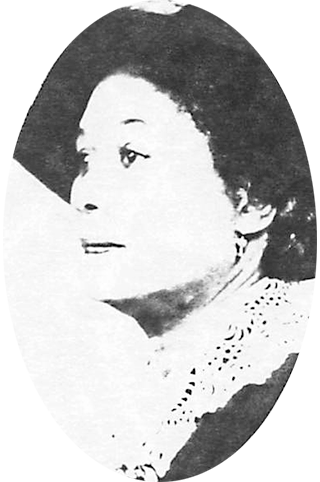