Lemuel Alvin Edmonson was born in Somerville, Ala­bama, on May 17, 1888. His education included stud­ies at the Ninth District Agriculture School, University of Alabama, and Auburn University, where he received his B.S. degree in 1912.

Mr. Edmonson began his service to the people of Alabama as an elementary school teacher in Blountsville. He was there in 1909 and 1910 while still a student. After graduating from Auburn, Lem taught high school sciences in Blount and Colbert Counties.

In December 1914, Mr. Edmonson joined Extension as County Agent in Jefferson County. His service also included working in DeKalb and Montgomery counties. Lem Edmonson grew to love Extension and its mission. After 44 years of devoted service, the last twenty-five years in Montgomery County, he reached the manda­tory retirement age of seventy. It was with reluctance that Lem Edmonson closed his office door in 1958. Coworkers remember Mr. Edmonson as being a good pro­moter and organizer of Extension programs. His grandson, Gunter Guy, Jr., of Montgomery, remembers his love of the outdoors and that he was known as a fisher­man.

As a tribute to the man and his life’s work, the name of Lemuel A. Edmonson is inscribed on the dedicatory plaque of the Extension Memorial Chapel. 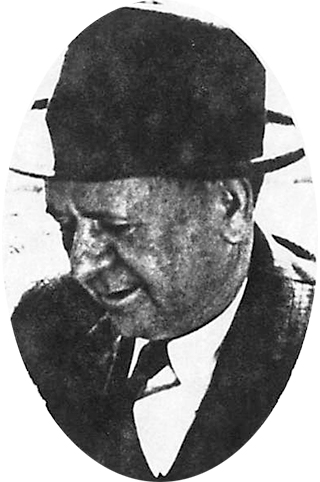