Lemuel Author Locklair, Jr., was the fifth of seven children born to Lemuel and Mary Locklair of Hazelhurst, Georgia. Lemuel came to Tuskegee in his teens with eleven dollars in his pocket. He worked his way through prep school, high school, and earned a B.S. degree in agriculture, majoring in horticulture, in 1934. After finishing Tuskegee Institute, he accepted a job as head of the horticulture department of Morehouse College in Atlanta, Georgia.

Later he was called to Tuskegee Institute to become superintendent of the self-help department for low-income families at Mitchell Village in Tuskegee. He married while in this position to Sara Nance of Greenwood, South Carolina.

In 1937, he and his wife moved to Marion, Alabama, to head the departments of agriculture and home economics at Lincoln Normal A.M.A. (American Missionary Association) for eight years. In 1944, he joined the Extension Service as farm agent, respectively in Dallas, Sumter, and Mont­gomery counties. He served a total of 6 years in these 3 counties.

He returned to Tuskegee to operate the Low Income Block Housing Project sponsored by Tuske­gee Institute. This project included building houses for low income families. While at this job he was offered the management of Smith and Gaston Funeral Home, which he accepted and later purchased. Today it is the Locklair Funeral Home and is owned and operated by Mrs. Locklair.

Lemuel ran for tax collector of Macon County, winning with a landslide as the first black tax col­lector of this county. He served in this capacity for seven years. He died in office in 1973. He was a faithful member of the Greater Saint Mark Baptist Church, Tuskegee, serving as chairman of the Deacon Board.

To honor his accomplishments, the name Lemuel A. Locklair is inscribed on the dedicatory plaque of the Extension Memorial Chapel. 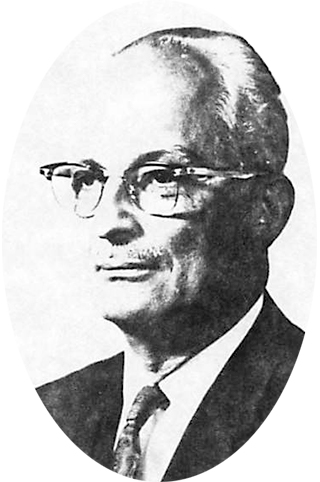