Lee Cannon has been described as a “culinary luminary.” To her family and to those who had the privilege of working with her during her years of service as an assistant professor of nutrition at Auburn University, she was that and much more. In Alabama Cooperative Extension Offices across the state, there is still evidence of her contributions of educational materials for Family and Consumer Science staff members who teach nutrition and food preparation to Alabama residents. Her legacy will live far into the future.

For many years Lee hosted the long-running Today’s Home on Alabama ETV for Alabama Cooperative Extension. The show remains the longest-running home show on public television. Through this assignment, she represented Extension in a professional and personable manner and became known across Alabama as the expert on nutrition, food preparation, and all matters relating to the home. During her many years of hosting the television program, she hosted many well-known guests, including comedian Bob Hope and pediatrician Dr. Benjamin Spock.

Over the years, Lee wrote countless news articles for the Montgomery Advertiser and the Columbus Ledger-Enquirer. She also authored three books, which are still a staple in many homes in Alabama and beyond.

When Lee met her future husband, Bob Cannon, during her graduate studies at the University of Wisconsin, she probably had no idea that they would end up in Alabama at Auburn University, but in 1948 the newlywed Cannons came to Auburn, where Bob became a professor of animal and dairy science. They remained in Auburn, where they raised their three children and became beloved members of the Auburn community. Lee remained in Auburn following retirement and continued to be active in many local and national events. It is obvious that Lee led a productive and interesting professional life, but her family was the most important of all. She and Bob had three children and six grandchildren, and now several great-grandchildren.

Lee once told a friend that her philosophy was “Stay active, keep busy, and always do your own housework!” This philosophy, plus her energy and enthusiasm and her generosity to those around her, were the secret ingredients to her longevity.

For her dedication to improving the lives of others, the Alpha Pi Chapter of Epsilon Sigma Phi is honored to place the name of Lena “Lee” Ferrara Cannon on the dedicatory plaque of the Extension Memorial Chapel. 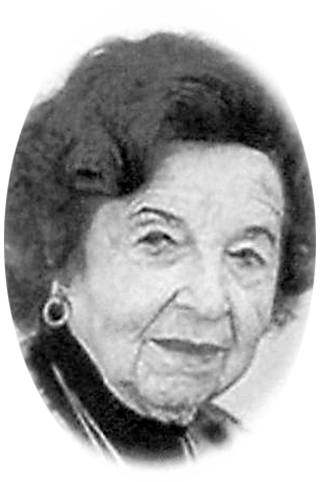