Leo was a “people” person. He fit the mold for an Extension worker to a T. Talk with Leo for five minutes and he made you feel like you had known him for years!

Leo Calhoun grew up on a small farm near Notasulga, Alabama. He graduated from Notasulga High School in 1945 and enlisted in the Army on June 27. He was discharged with honors in 1946 following the death of his brother in the war. Leo then enrolled in agriculture at Auburn University and received a Bachelor of Science degree in Agricultural Education in 1950.

His first job was teaching vocational agriculture in Blount County. In 1951, he joined the Alabama Cooperative Extension Service as Assistant County Agent in Cherokee County. Leo left Extension in 1955 to manage a commercial farming operation in Georgia. In 1956, he returned to Extension in Marshall County, where he remained until 1957.

His pleasing personality, his love for people, and his knowledge of agriculture made Leo extremely attractive to private industry. When he left Extension in 1957, he remained with private industry until his retirement. He spent the majority of his career with American Cyanamid in various capacities — Sales Manager in the Southeast Region and Regional Manager in the Midwest Region. He worked for a short period of time for E-Z Flow Chemical Company in Decatur.

Leo passed away at his home on the Tennessee River near Hillsboro, Alabama, in 1993. To honor his accomplishments, the name of Leo K. Calhoun is placed on the dedicatory plaque of the Extension Memorial Chapel. 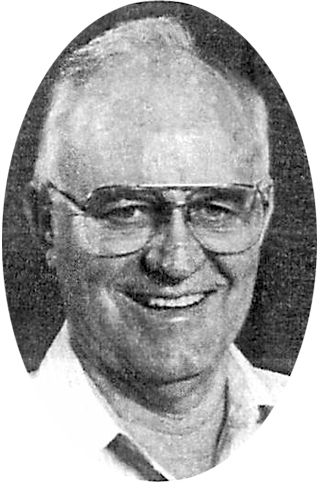