It is well known that the Extension Agents in 4-H Club work often go the extra mile, especially when it means that the boys and girls in their care will benefit by some extra work they do or some extra kind deed that they do. Such is the case of Miss Leon Battle. She would go that extra mile to make an impression on the youth under her care. This is what makes 4-H an important part of the Cooperative Extension Service, and this is why Miss Battle is fondly remembered in Alabama.

She was born in Abbeville, Alabama, on June 30, 1908, and was the oldest of six children. After graduation from Tuskegee Institute, she began her Extension career in Autauga County in 1929 as the home demonstration agent. Later, she also served Chilton County in the same capacity. And, in 1955, she served Macon County as a home demonstration agent until her retirement in 1961. Unfortunately, Miss Bat­tle’s retirement was due to a disabling disease that kept her from performing her duties as were expected.

Down but not out, Miss Battle began a second career with Tuskegee Institute as a House Advisor, normally referred to as “dorm-mother.” She was once again sur­rounded by “her children.” Loved by all and loving all, Miss Battle spent several years in this position. It was remarked that many young collegians’ favorite mem­ory of Miss Battle was the sight of her climbing the bleachers to get to the top seat in the basketball arena at all the home basketball games. She loved these games, and as long as she was able, she attended, much to the delight of the students.

In appreciation for her thirty-two years with the Alabama Cooperative Extension Service, the name of Leon Vivian Battle is inscribed on the dedicatory plaque of the Extension Memorial Chapel. 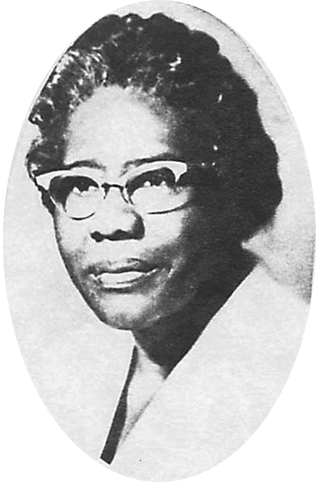