Leroy Lafayette Self, born at Selfville, Alabama, and reared on a farm, gave thirty-two years of dedicated service to the Exten­sion Service before retiring July 1, 1958. He had also served in the U.S. Army from 1917 to 1919 during World War I.

After graduating from Auburn University with a B. S. degree in 1919, he held positions of princi­pal and vocational agriculture teacher in Pickens County. He joined Extension in 1924 as County Agent in St. Clair County. He was Etowah County Agent from 1926 until 1936. He then was appointed Boys State 4-H Club Leader. Mr. Self was promoted to District Agent for North Ala­bama in 1941 and served in that position, with offices in Auburn, until his retirement. He was known for his administrative ability and strong Extension programs in the 16 counties of his dis­trict. After retirement, he made his home in Montgomery for 19 years.

His daughter, Carolyn Self Blount of Montgomery, has many fond memories of her dad, including his early work with 4-H clubs. “He started many in the 1930s and was responsible for many fine young men and women developing into responsible hard-working adults,” she recalled. “He was successful in working with people, be they farmers, Boards of Revenue, newspapers, specialists in his field, state politicians, or, most of all, his children. He had a way of laughing at situations in order to make people take themselves less seriously when things tended to get out of hand.” Mr. Self worked with specialists in developing a new strain of cotton, one of many acts of leadership and dedication that led to a better way of life for Alabama farmers and their families.

Even in his later years, Mr. Self never lost his zeal for life nor his cherished family relationships. “When my mother died in the early 70s, he came to live with me,” Mrs. Blount noted. “He was never a bore. My children would come home from college calling his name as they came through the door, ‘Hey, Pop, where are you?’ He smoked his pipe and listened to their stories and told a few of his own.”

These are but a few memories of a daughter of her father, but, interestingly, these are the same things about L. L. Self which so many Extension workers remember: his interest in youth, his suc­cess in working with people, his sense of humor, his expertise, his stories.

To honor the man and his life’s work, the name of L. L. Self is inscribed on the dedicatory plaque of the Extension Memorial Chapel. 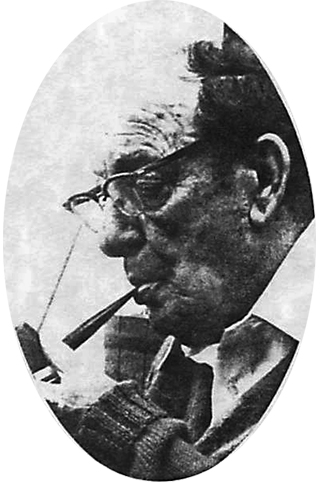