On Aug. 30, 1948, Lelie G. Pair began work as a 4-H assistant county agent in Walker County. Working with 700-800 youth in 12 different schools, Pair developed an outstanding beef calf program with district and state winners. One of those beef calf winners was Terrell Guthrie, who served as president of the Walker County 4-H Club Council. (Terrell went on to become an Extension agent and first manager of the 4-H Center.) During his five years in Walker County, Pair chaperoned 4-Hers at the National 4-H Congress in Chicago in 1952.

After operating a farm supply store in Montevallo for four years, Pair returned to the Extension Service as 4-H assistant county agent in Calhoun County in 1957. He worked with 17 clubs involving 900-1,000 youth in Calhoun County. Programs were developed in beef, dairy, poultry, electricity, tractor maintenance, and home gardening.

Pair had district and state winners each year, with a total of 13 state winners while he led 4 H programs. He worked with the 4-H program in Calhoun County until 1968. The 4-H sponsorship from the Anniston Kiwanis Club, which began during this time, continues to this day, largely through his influence.

Mr. Pair worked with the adult agriculture program from 1968 until his retirement in 1983. During that time period, he served as county agent coordinator in St. Clair and Calhoun counties. During his 33 year career in Extension, Mr. Pair served as a community leader. His involvement in the Kiwanis, the Farmers Federation, and other organizations encouraged those groups to support 4-H through funding. Mr. Pair continues to serve on the Kiwanis farm committee, which hosts the annual Farm City Luncheon for Calhoun County. He received the Hixon Award for his outstanding work with Kiwanis.

A successful businessman once said that Mr. Pair taught him how to properly shake hands. The businessman also talked about planting pine trees as a 4-Her, which helped pay his way through college. Mr. Pair served as a role model for many youths and young Extension agents. He truly made a significant impact on Alabama through his 4-H career. 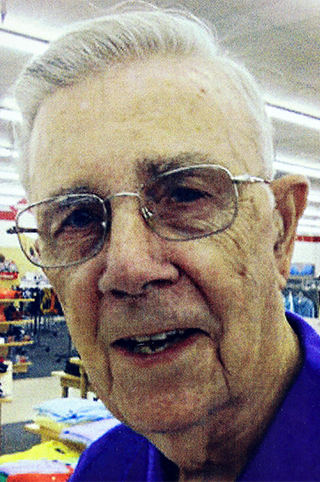