Louella Bankson began life in Round Mountain, Alabama, on February 28, 1883. She graduated from high school in Taff, Alabama, and then received a Teaching Certificate from Gaylesville Academy.

As she began her career, Louella taught school for several years. In the year 1918, she became the first Home Demonstration Agent for Extension in Cherokee County. Louella also worked in the Franklin County Extension Office. Her legacy was one of success and commitment. The programs she presented were successful because of her commitment to the philosophy and goals of Extension. She not only demonstrated the new methods and techniques — she used them in her own home. Everyone knew that Louella never presented any­thing she had not personally tested and put into use herself.

In 1924, Louella Bankson married Horace Tallent and moved across the state line to Sum­merville, Georgia. Her leaving Alabama Extension was a loss for the rural community she had served so well. The many kindnesses and the sincere ways she related to people were missed.

It is fitting to recognize the contributions of this ‘first lady’ of Cherokee County. In honor of her service, the name Louella Bankson Tallent is inscribed on the dedicatory plaque of the Extension Memorial Chapel. 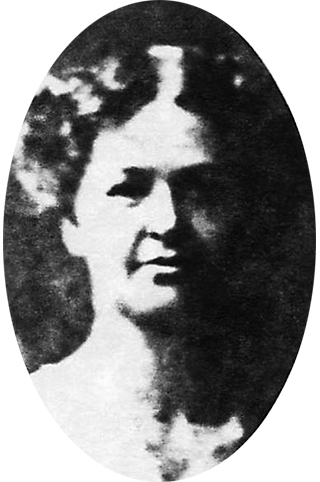