Among his colleagues at Auburn University, Louie Chapman will be remembered as one of the nation’s preeminent Extension Service cotton specialists and, perhaps more importantly, he will be remembered by everyone who knew him with respect and affection — a friend whose life was lived with unwavering devotion to the highest of ideals and principles.

They remember his quiet but confident leadership during his 26 years with the University. They recall his concern for cotton farmers and his service to the needs of county agents and later to the faculty and staff of the AU Agronomy Department, for which he was serving as acting head at the time of his retirement as Professor Emeritus in January 1990.

For those reasons and more, the name of Louie J. Chapman is inscribed on the dedicatory plaque at the Extension Memorial Chapel as a lasting tribute to his life and career.

True to his calling as an agronomist, Louie Chapman’s lifelong love affair with the good earth ended only with his death on July 2, 2000. The new home he and wife Jean built at the time of his retirement soon blossomed with such luxuriant and artfully designed foliage — most of which came from cuttings he rooted — that the home was featured on the Auburn Yard and Garden Tour in May 1999.

Louie was born in Ariton on September 14, 1927, the son of J.B. Chapman and Vermella Paulk Chapman. As a young man, he sang in quartets, attended Sacred Harp Sings, and sang — many times solo — in the church choir.

He was married to Pauline Roberts and had a son, Louie Charles, and a daughter, Deborah Kay, all deceased. He is survived by his wife, Jean Wheeler, a daughter Jennifer Araguel and her two children, William Comer Holt IV and Jade Chapman Holt, and a son George Clark. A second son, Mark Stanley Clark, preceded him in death.

He was a member of the Auburn United Methodist Church and the Joel McDavid Sunday School Class.

He held the B.S. (1953) and M.S. (1959) degrees from Auburn, and the Ph.D. (1966) in agronomy from the University of Florida. Among his many honors were the Charles W. Summerour Award presented by the Alabama Soil Fertility Society in 1989 and the Alabama Crop Association’s Man of the Year in 1984. 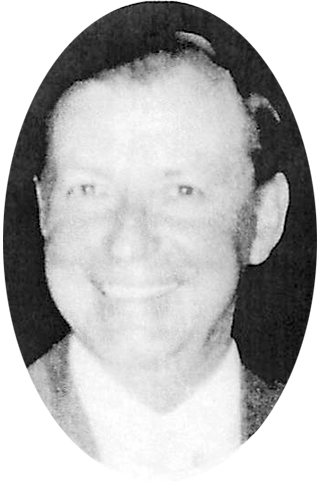