Mrs. Louise S. Littlejohn was already an experienced home economist when she joined the Alabama Cooperative Extension Service in 1967. She was married, had two teenage sons, and had worked for the Farm Security Administration as a Home Management Supervisor.

Following her work with the Farm Security Administration, she married Earon Othan Littlejohn in 1943. Together they started a home hatchery business.

In 1967, Mrs. Littlejohn joined the Extension Service in St. Clair County and stayed there until her retirement twelve years later.

As a 4-H agent, she taught students by example and gave lessons on a broad variety of subjects, from bed-making to healthy eating. Her encouragement, kind words, and time spent with youth instilled in them a love for 4-H and for her.

As a believer in equal rights, Mrs. Littlejohn was a staunch supporter of women’s rights in the workplace. In 1968, she litigated in Federal Court for the parity of equal pay for women in the Extension Service, which agents still benefit from today. She was inducted into the Auburn University Home Economics Hall of Fame in 1997.

She is survived by two sons, Joe and Dan; and adopted daughter Linda.

In tribute to her life’s work, we inscribe the name of Louise S. Littlejohn on the dedicatory plaque of the Extension Memorial Chapel. 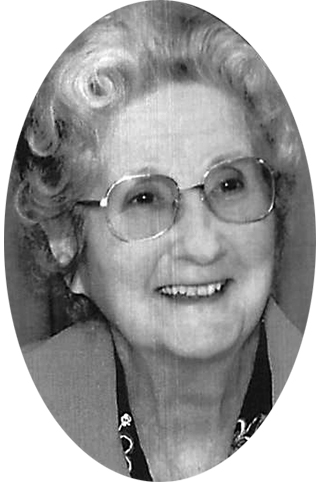