Loyd Owens actually enjoyed nearly every day of his thirty-year Extension career. There are many people in Cleburne and Bibb and Clay and Talladega Counties who are very thankful for Loyd’s Extension work — more particularly, thankful for him.

Loyd was born and raised in Cleburne County. He served in the U.S. Navy during WWII from 1943 to 1946. He received his Bachelor’s and Master’s degrees from Auburn University, 1951 and 1966, respectfully. He was employed as an Extension Agent in 1954 for Talladega County and transferred to Clay County in 1962. When he applied for the position of County Extension Chairman Bibb County in 1971, Tom Lumpkin, District Agent, said what was true for all of Loyd’s endeavors: “Mr. Owens has training in all phases of Extension with both adult and 4-H. He has been outstanding in all his Extension work. To me, he is one of the best-qualified agents to be a County Chairman.”

Of course, he got the job and served there in Bibb County for the period 1971 to 1980. He also served as County Coordinator in Clay County and Cleburne County, his home county, and then retired in 1983.

Mr. Owens helped and influenced many others as they began their careers in Extension. He had that unique ability to teach by doing. One of his favorite areas of expertise was horticulture. He loved native plants plus he grew several different container plants to share with others. Many can claim to have a “Loyd Owens” plant.

Loyd’s contributions during his retirement from Extension are remarkable. Some have likened him to the “Energizer Bunny” because he never slowed down or lost energy, said the current coordinator for Cleburne County Extension Deborah Mathews. Loyd never really retired because he remained vitally connected through his service on the County Soil Conservation Board and other agriculturally related associations. He also served with distinction as a Cleburne County Commissioner.

Mr. Owens was also a Sunday school teacher, a Boy Scout leader, and a 4-H Club leader. He loved living in Cleburne County and worked hard to show off its natural beauty. He was instrumental in starting a canoe trail on the Tallapoosa River. On the day the trial opened, it was named the Loyd Owens Canoe Trail.

Mr. Loyd Owens passed away on May 27, 2006. He is survived by his wife Dona, daughter Donna, and son Rickey, five grandchildren, and three great-grandchildren.

To honor his service and dedication to the citizens of Alabama, we inscribe the name Loyd P. Owens on the dedicatory plaque of the Extension Memorial Chapel. 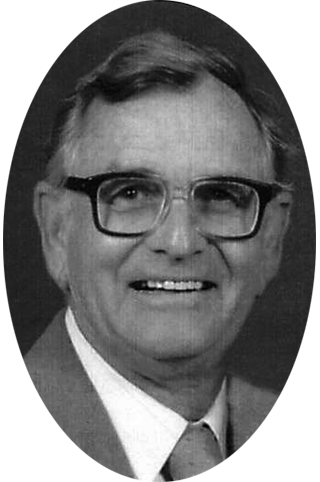