After twenty-eight years of continual, loyal service to the peo­ple of Clarke County, Lucile Burson retired to enjoy friends and family at her lovely home, Fr’en’wood, in Grove Hill.

Miss Burson was born on April 12, 1902, in Atmore, Alabama. She received her high school diploma from the Livingston Normal School in 1925. The next four years found Lucile Burson studying to gain her B.S. degree from Auburn University. She continued her studies and earned a Master’s degree, also from Auburn.

In addition to Miss Burson’s heavy daily Extension workload, she found time to spend in other worthwhile programs. One of her early projects through the local Homemakers Council resulted in the founding of the Clarke County Public Library, which soon began a book distribution pro­gram to communities through the services of a state and a county-operated bookmobile. The Clarke County library, which began its first business in a small, abandoned store, is now in a modern brick building that contains more than 20,000 volumes. It also has an annex dedicated to Miss Burson.

In acknowledging her years of faithful work in Clarke County, Extension conveyed this message, “We are all grateful for your loyalty and competence and will miss you. You have made many, many friends and devotees.”

As a tribute to her life’s work, the name of Lucile Burson is inscribed on the dedicatory plaque of the Extension Memorial Chapel. 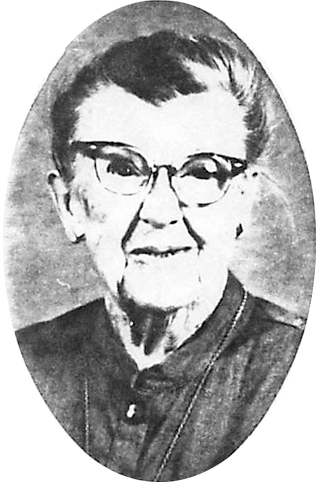