Her smile, friendliness and genuine concern for people made Lucile Mallette special to everyone who knew her. Born in Dozier, Alabama, on December 29, 1910, the ninth child of William Albert and Flora Rowell Mallette, she was destined to share her expertise and help bring out in others their best talents and abilities. She was indeed a symbol of strength and inspiration as she traveled over Alabama and worked with County Extension Agents.

After teaching school in the Pike County School System for three years, she began her career with Alabama Cooperative Extension Service in 1936 when she was appointed Assistant Home Demonstration Agent in Coosa County. Shortly thereafter, she moved to Randolph County as Home Demonstration Agent. Then, in December 1940, she was made Associate District Extension Chairman on State Staff at Auburn. She lived in Auburn for 50 years.

Miss Mallette was active in many professional and civic organizations. She was the recipient of many awards and honors including the 1986 recognition of 75 Honorees of the Alabama Cooperative Extension Service Home Economics 75th Anniversary and the 1992 Auburn University’s Centennial of the Admission of Women. She was a member of Auburn United Methodist and was also a volunteer worker at Wesley Terrace in Auburn.

Miss Mallette retired from Extension on December 31, 1996, and remained in Auburn most of her years after retirement. She is remembered for her outstanding supervisory abilities and for helping agents build self­-esteem and improve program development. Her efforts led to the development and training of many volunteers who helped to improve the lives of clientele.

Miss Mallette died at her home on September 6, 1996. She is survived by three sisters: Fran Vann of Headland; Mignon Andrews of Auburn; Mattie Faye Steele of Tullahoma, Tennessee; one brother Shelton Rowell of Goshen and a number of nieces and nephews.

It is fitting that Epsilon Sigma Phi pays tribute to this most gracious and personable woman who did so much for so many. The name Lucile Mallette is inscribed on the dedicatory plaque of the Extension Memorial Chapel. 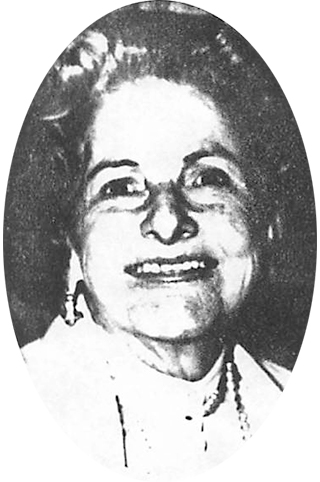