For twenty-five years, Lucius McCall devoted himself to the people of Blount County. His dedication to the promotion of good farming techniques won him the respect of those he worked with and those who received his wealth of advice.

Born in Inverness, Alabama, on October 5, 1912, Lucius C. McCall graduated from Auburn with a B.S. degree in 1942. He held several teaching positions before joining Extension. From 1942 to 1947, Mr. McCall was an instructor of Horticulture and Forestry at Auburn. The next eight years found him serving as Head Teacher of the Veterans’ Vocational Agriculture Program at Union Springs, Alabama.

Lucius enjoyed sharing his knowledge of orchard management, vegetable gardening, landscaping, and for­estry production. His youthful experience as a student assistant in the Auburn dairy contributed to the well­-rounded nature of Lucius’ interests.

In 1955, Lucius was appointed Assistant County Agent in Blount County, where he spent his entire Exten­sion career of twenty-five years. He loved people and delighted in helping them solve their problems. He was a patient and sympathetic listener — Lucius McCall could talk to anyone regardless of that person’s station in life. He spent long hours serving his clientele, many of whom were older people. With them, he developed a keen interest in the history and heritage of farm folks.

Lucius was not a clock watcher — he could be found busy even on weekends and after normal working hours. No matter what the pressures were, Lucius remained calm, exhibiting an unfailing good sense of humor. He was competent and well informed in his specialties, gaining a reputation as ‘expert,’ particu­larly in the areas of horticulture, forestry, and beef cattle.

Loyalty was a trait admired by Mr. McCall. To the Extension Service and to his colleagues and friends, there was no question about his loyalty. He was very appreciative of other people’s efforts and their gener­osity toward him, and let them know about it. He bragged on the folks he worked with.

In tribute to the life and accomplishments of this devoted worker, the name of Lucius C. McCall is inscribed on the dedicatory plaque of the Extension Memorial Chapel. 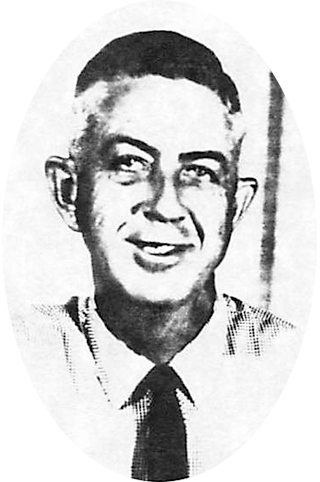