Lyle Brown, a native of Yantley, Alabama, was born April 30, 1898, and died March 20, 1982. He attended West Alabama Institute in Choctaw County and received his B.S. degree in Horticulture from Auburn University in 1920. He served in the U.S. Navy for one year during World War I. Lyle was an assistant Extension Horticulturist at Auburn from 1920 to 1922. He moved to Mississippi State as Extension Horticulturist for eight years and then came back to Auburn in 1930 as Extension For­ester. He continued in that position until 1938 when he became Extension Horticulturist. In 1949, he took the position of Specialist in visual aids, serving in that capacity until his retirement in July 1961.

Lyle, along with coworkers, developed some excellent and much-needed slide sets and other visuals for teaching aids for agents and specialists. He also was an expert in building exhibits for fairs and county and district showings over the state.

A visit to Lyle’s home would quickly tum your attention to plants for landscaping. He grafted many new plants and gave them to neighbors and friends. Lyle’s hobbies included making furni­ture, growing camellias, growing vegetables, and playing the organ and several other musical instru­ments. His daughter, Daphne Rice, said Lyle grew the first zoysia grass lawn in the United States. She was never surprised to see people walking over their front yard just to see the grass. Each spring local golfers continue to enjoy the beautiful azaleas that he donated and personally planted some 25 years ago.

Lyle was a kind and helpful man. He was never too busy to listen or talk to anyone concerning their work in Extension. He quietly went about his work and always had a smile for those he came in contact with.

In honor of his years of service, the name Lyle Brown is inscribed on the dedicatory plaque of the Extension Memorial Chapel. 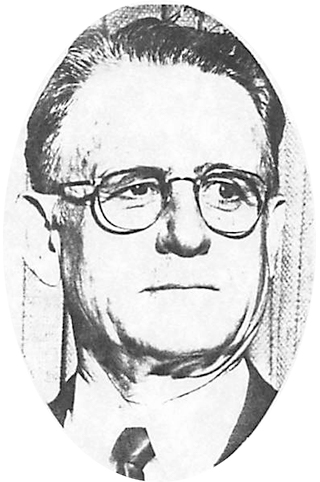