Mack Pugh was born in Brundidge, Alabama, in 1955 to Jessie and Mamie L. Pugh. After graduation from Pike County High School, Mack attended Alabama A&M University, where he earned a B.S. degree in Agribusiness Education. After college, he served in the army as a second lieutenant. In 1978, he was hired by the Alabama A&M Extension Service as an agent for Franklin and Marion Counties. In 1986, he transferred to the Colbert and Lauderdale County offices and earned a Master’s degree in Agribusiness from Alabama A&M University while serving in this capacity. In 2004, he was promoted to County Extension Coordinator in Limestone County.

During Mack’s career, he was recognized as an expert in horticulture and enjoyed conducting the Master Gardener and Master Tree Farmer programs. Other areas of work for which Mack will be remembered include shiitake mushroom production, working with small ruminant animal producers, Zebra Mussel Day Camps, and Man-to-Man, a prostate cancer awareness education program. In 1989 Mack received the ACESEO Adult/Youth ANR award. Additionally, Mack was named Alabama Radon Agent of the Year in 2004 for his outstanding work in educating the public about the health risks associated with radon. Mack will also be remembered for his work with Safeplace, a domestic violence program in Florence. In addition to his many work responsibilities, Mack found time to serve on many state Extension advisory and selection committees.

Mack was married in October 1980 to Evelyn Metcalf, and they have two children, Caressa Renee and Terrence MacArthur. A dedicated family man, Mack coached recreation league basketball for both his son and daughter’s teams. He was an active member of the High Street Church of Christ in Tuscumbia. Mack’s hobbies included fishing and cooking, but what he loved most was being a husband and father to his wife and children.

Mack passed away suddenly on December 14, 2005, at the young age of 50. He will be missed for many reasons, but especially for his easy-going and gentle nature.

With pride and appreciation, we pay tribute to this man and his work. The name Mack Arthur Pugh is inscribed on the memorial chapel plaque of the Extension Memorial Chapel. 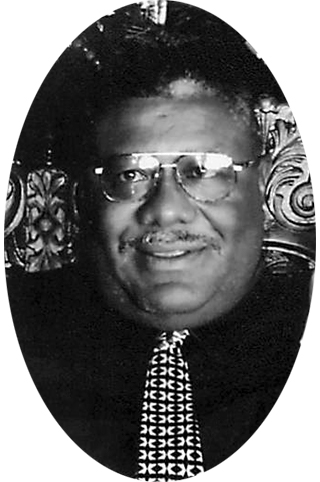