Mack Henry Eldridge was born on October 4, 1918, in Plain View, Virginia. Both his parents participated in his early educa­tion — his father teaching him in grades one through seven, with his mother also helping. He received his high school diploma from Rappahannock Industrial Academy in Virginia.

Mack served in the U.S. Army and was a veteran of World War II. He was decorated with the American Theater Service Award, World War II Victory Medals, Asiatic Pacific Theater Ser­vice Award, and the Good Conduct Award.

In 1947, Mack graduated from Virginia State College. The following year found him teaching Vocational Agriculture at Julius Rosenwald High School in Beverlyville, Georgia. He also served as a Physical Education instructor. Organizing and coaching athletic events were something he really enjoyed.

Mack Eldridge joined the Extension family in Russell County, where his successes resulted in 33 years of service to the people of that area. Upon retirement, he received a resolution from the House of Representatives, State of Alabama, and a Service Award from the Alabama Cooperative Extension Service. He was a life member of Epsilon Sigma Phi.

Mack was always active in church and civic affairs. He served as a member of the Deacon Board, various church choirs, and the Intentional Caring Unit Ministry. He received the Troy McCall Award and was Man of the Year.

Known as a personable, affable man, Mack always brought a smile to everyone’s face. It is fitting to honor the life work of such an individual. The name of Mack H. Eldridge is lovingly inscribed on the dedicatory plaque of the Extension Memorial Chapel. 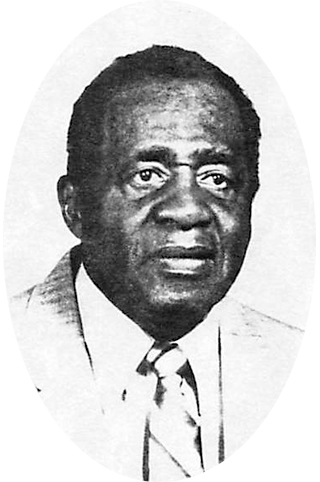