You could always count on Marjorie Weaver to share words of encouragement and praise. Her dancing eyes and sparkling smile would lift the heaviest hearts. She was truly one of God’s special gifts to the world. She loved life, and every life she touched was made richer just by knowing her.

Marjorie Ann Walls, born September 9, 1921, was a native of New Market, Alabama, and the daughter of John Hickman Walls and Annie Payne Walls. She held diplomas from New Market High School and Auburn University. Her son John said, “She was the Auburn fan. She watched all the ballgames and was a season ticket holder to all home football games.”

Marjorie’s entire Extension career of thirty-four years was in Marengo County, except for two months as acting County Agent in Perry County. In September 1951, a few months before Earl and Marjorie’s son John was born, Marjorie resigned her position, but she rejoined Extension three years later. During that interim, she taught vocational home economics in Linden. Mrs. Weaver retired from the Alabama Cooperative Extension System on December 31, 1981.

Marjorie Weaver was a warm compassionate extension agent who was dedicated to helping the people of Marengo County improve their daily lives. She taught the women to can and freeze, to prepare nutritious meals, to make home improvements, and to budget. In 1962, she received Alabama and National Distinguished Service Awards from the National Extension Association of Family and Consumer Sciences and the Alabama Affiliate. She served the Alabama association as District Director and Publicity committee chairman, and she was a member of Epsilon Sigma Phi.

Marjorie Weaver was very active in her community and church. Her leadership positions included president of the Federated Club, Social Dance Club, and County Club Ladies Auxiliary. She taught Sunday school, directed the children’s choir, and was superintendent of the children’s department. She lived a full and complete life. She leaves behind two sons, John E. Weaver and William W. Weaver, and two grandsons, J. Gray Weaver and Benjamin E. Weaver.

Those who knew her understood and appreciated her commitment to God, her family, and her career. It is fitting that the name Marjorie W. Weaver be inscribed on the dedicatory plaque of the Extension Memorial Chapel. 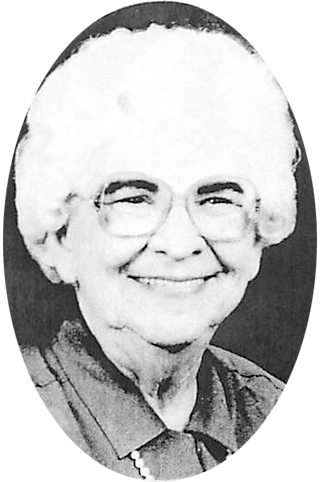