On October 31, 1949, Mamie Thorington finished twenty-­five years of home demonstration work in Montgomery County. Her club women demonstrated their appreciation by presenting her with an Epsilon Sigma Phi pin set with two diamonds. Congratulations to her… to them, too. Those were the words penned by Director Davis in his Official Letter.

Mrs. Thorington began her Extension career as acting Assistant State Home Demonstra­tion Agent on May 1, 1917. On October 16, 1917, she was appointed as Montgomery’s Home Demonstration Agent. She retired June 30, 1950 — all of her work was in Mont­gomery County.

Mrs. Thorington was highly acclaimed by her superiors and coworkers as well as her farm family clients. She was a pioneer in home demonstration work; and from first to last, she was a leader in progressive thought and action. She thought, studied, and personified the best in-home demonstration work for all who would make use of it Devotion and appreciation of the farm people to her is her greatest monument.

Mamie was born in New Orleans, Louisiana, on June 27, 1880. After attending college at Judson Women’s College in Montgomery, Columbia University, and the University of Cal­ifornia, she taught school in Hope Hull, Alabama, and at Elizabeth Mather College.

In recognition of the life and work of Mamie Clark Thorington, her name is inscribed on the dedicatory plaque of the Extension Memorial Chapel. 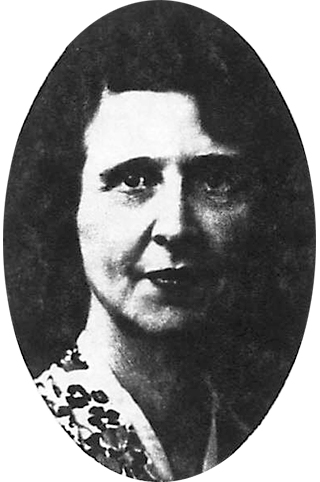