Marcus M. Woodham was born October 20, 1890, in Ariton (Dale County), Alabama. After finishing high school at State Normal School in Jacksonville, Ala­bama, in 1919, he continued there for two years of col­lege coursework. Afterward, he transferred to Auburn, where he earned both his B.S. degree in 1925 and the M.S. degree in 1928. From the years 1929 to 1933, he taught vocational agriculture classes in Slocomb. He was also a veteran of World War I.

In 1933, Marcus Woodham became county agent in Geneva County. He held that position until his retirement in 1960. Under Mr. Woodham’s leadership, Geneva County farmers made great progress in soil improvement and crop production. For years, he maintained detailed records on rainfall and used the information in advis­ing farmers.

Mr. Woodham, affectionately called Marcus and MM by his hundreds of friends, received the District Service Award of the American Association of County Agri­cultural Agents in 1950.

In tribute to the man and his life’s work, the name Marcus M. Woodham is inscribed on the dedicatory plaque of the Extension Memorial Chapel. 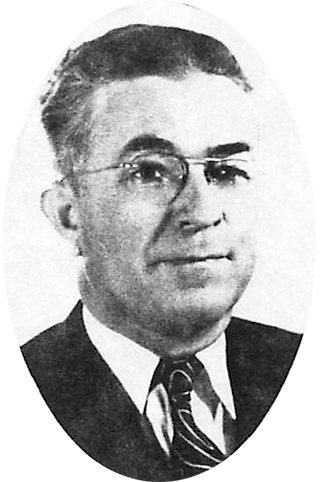