Margaret J. Brown began her life in Andalusia, Alabama, on August 13, 1917. From an early age, her artistic flair was evi­dent. While attending Andalusia High School, she created her own wardrobe and was admired by all. After earning her diploma, Miss Brown entered Alabama College and then trans­ferred to the University of Alabama, where, in 1939 she received her B.S. degree in Home Economics.

In 1943, Margaret Brown entered Extension Service in Covington County. She also served in Lee County before moving to Pike, where she remained until her death. Miss Brown was instrumental in organizing and overseeing 30 Home Demonstration Clubs. Through these groups, she was able to share her skills and knowledge with the people she loved. For twenty-two years, Margaret Brown kept the clubs running at peak efficiency.

Memorialized in her hometown newspaper, Margaret Brown was described as “a person who mirrored sunshine in her every walk in life. Hers was an influence and an impact that reached deep into the hearts of people. It was in the hearts of the rural ladies of Pike County where the name of Margaret Brown was inscribed in gold. By the hundreds, Home Demonstrators of Pike County showed their love and appreciation for Margaret Brown and her gift for sharing with them how to make happy homes, how to cook, and how to sew.”

Her efforts won state and national honors. She served as president of the state association of agents and received a certificate for outstanding service at a national convention. A former Direc­tor of Extension said of Margaret Brown that “she was a wonderful person in every respect. Her record with the Extension Service will serve as a high-water mark, for all Extension workers to try to achieve.”

In recognition of her life of devotion, the name Margaret J. Brown is inscribed on the dedicatory plaque of the Extension Memorial Chapel. 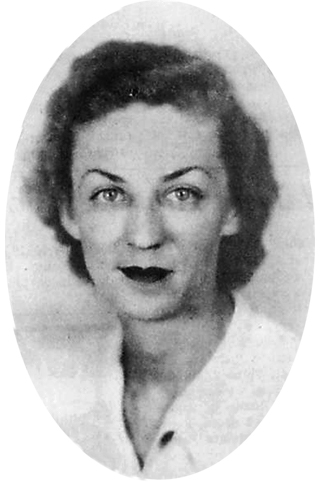