Margaret Oliver had a distinguished career with the Extension Service, not only in Alabama but also in Maryland and in Washington, D.C. When asked to describe Miss Oliver, her co­workers spoke most often of her quiet dedication to others as well as to her career.

Margaret joined the Alabama Extension Service in January 1938 after teaching for six years. She taught in Sneads, Florida, for one year and in Dadeville, Alabama, for five years. Her first posi­tion with Extension was a home demonstration agent in Covington County. From there she trans­ferred to Shelby County in January 1939; later to Pike County; and finally, to Lee County in 1940. She was a quick learner and a hard worker. It was evident that she was meant for higher positions, and in 1946, Margaret was promoted to the position of District Home Agent for Southeast Ala­bama.

In 1957, Margaret was lured away from Alabama by the position of state home economics pro­gram leader for the Maryland Extension Service. Her next employment was with the U.S. Depart­ment of Agriculture, Federal Extension Service in Washington, D.C. Her responsibilities were as Home Economics Program Leader for the U.S. Department of Agriculture. She retired from this position in 1970.

Having been born and raised in Dadeville, Alabama, Margaret Oliver returned to her hometown upon retirement, Her educational background included a B.S. degree in 1932 from Huntingdon College and a Master’s degree in 1954 from Columbia (N.Y.) Teachers College.

Miss Oliver was a quiet, soft-spoken woman who provided quiet leadership in her positions as district agent, state leader for Maryland’s Extension programs, and the national home economics program. She possessed a caring personality, showing others that she was concerned about them. These attributes were what enabled her to surround herself with workers who could implement progressive programs.

In honor of her years of service to the betterment of others, we are pleased to inscribe the name of Margaret Oliver on the dedicatory plaque of the Extension Memorial Chapel. 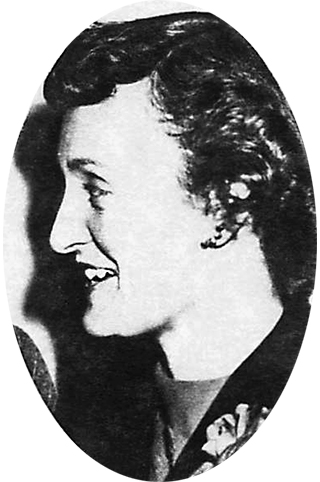