“Hardly any person in Tallapoosa County can say Margaret Miller hasn’t touched their lives in some fashion, whether it be in home economics, in her volunteer work, through her church and through her work with Farm Bureau and the County Cattleman’s Association and Cow Belles.” This was said about Mrs. Miller in a January 1977 editorial of the Dadeville Record after she had been named Dadeville’s First Lady of 1976. “She has distinguished herself in her chosen career and has been honored with many awards and tributes as a home economist. Margaret Miller is the epitome of graciousness….”

Margaret Ward Miller was the Extension Home Demonstration Agent in Tallapoosa County from September 1958 until her retirement in May 1983, a total of twenty-five years. She was very dedicated to her job and worked diligently planning, preparing, and delivering home economics programs. She had a good rapport with the people of Tallapoosa County. “She was a leader,” said friend and fellow co-worker Nelda Martin. “She was fun to be around, hard-working, smart, assertive about doing what was best for her family and her Extension responsibilities.” She is remembered as setting a good example of Extension’s mission to serve families and communities. “She taught many of us new agents to grow personally and professionally,” continued Mrs. Martin.

Mrs. Miller received her B.S. degree in 1944 from Auburn University and taught vocational home economics in Brewton from 1944 to 1949. In June 1949, she began work with the Alabama Cooperative Extension Service as an assistant home demonstration agent in Houston County. She transferred to Covington County in January 1950 and resigned in 1953 as she began married life. She returned to Extension in 1958 with her appointment to Tallapoosa County.

She was proud of her work as an Extension home economist. She was very pleased with the success of the EFNEP program in Tallapoosa county and the work and progress of the five program assistants who worked with low-income families. However, as successful as she was with her work, she was more so with her two sons, Robert and Richard. Raising them as a single parent with a full-time job was a challenge that she met with much enthusiasm and love. She was a very proud parent who saw her two boys grow to be fine gentlemen.

After her retirement in 1983, Mrs. Miller bought a home in Auburn. Her friends say this home was very typical of her — always neat and attractively decorated and suitable for having her family and friends visit and eat with her. She grew a garden of vegetables each year as long as she was able and kept a well­-groomed yard. She stayed active in her church and the retired extension workers organization. Mrs. Miller died on June 5, 2002. All her many friends will remember her as she was in life, the epitome of graciousness.

To honor the many accomplishments of Margaret Ward Miller, it is with great respect that her name is included on the dedicatory plaque of the Extension Memorial Chapel. 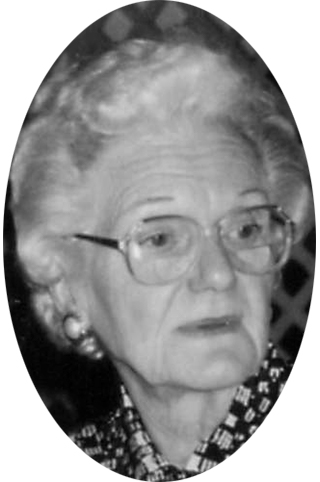