Ms. Marian Cotney was born in Wadley, Alabama, and attended the University of Montevallo and Auburn University, where she received a B.S. degree in vocational home economics. As the oldest of eight children, Ms. Cotney got her start early in the field.

In 1939, she became a home demonstration agent in Shelby County after teaching home economics in Wadley for four years. She retired in 1980 after 41 years of service with the Alabama Cooperative Extension System.

“She is know all over the state for her work, and all over Shelby County for her cooking,” said a co-worker. “A number of Shelby County residents learned to cook, can, and freeze foods from Ms. Cotney.”

Ms. Cotney was named Shelby County Women of the Year in 1954. She was actively involved with the Novella Club, serving as president. She was recognized for her active participation in Shelby County Health Council, the Red Cross, and the Shelby County Cancer and Heart Fund. She was president of the Alabama Association of Extension Home Economists in 1965-66. She served in leadership capacities in many other organizations.

In retirement, she served on the Columbiana Beautification Board.

Ms. Cotney received numerous awards and recognitions for her dedicated service to Columbiana, Shelby County, and the State of Alabama. She was a longtime member of the Columbiana Methodist Church.

Marian Cotney served the families of Shelby County, Alabama, with ideas for healthy living and financial awareness. With great pleasure, Epsilon Sigma Phi honors her by placing her name on the dedicatory plaque of the Extension Memorial Chapel. 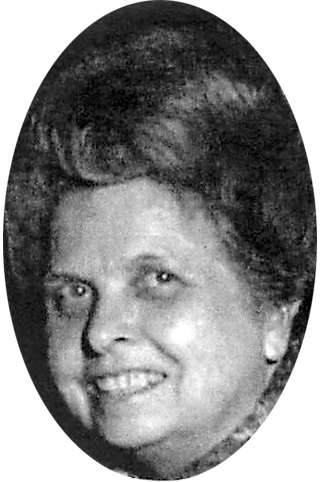