Marie Peinhardt Dombhart was a genuine person with great values, according to all who knew her. Born in Cullman County, Alabama, she became a successful agent for the Alabama Cooperative Extension Service who consistently showed her care and compassion for others. According to friend and coworker Betty Moore, she was an excellent example of a dedicated county agent.

Marie was educated at Auburn University, receiving her B.S. degree in 1959, and at Livingston University, where she received her Master’s degree. She majored in home economics. Along the way, she taught kindergarten and first grade at Southern Academy in Greensboro.

Her work with Extension began in 1959 as an assistant home demonstration agent in Hale County. She was later promoted to county agent and then transferred to Jackson County in 1985. She took early retirement in 1995 when Alabama Extension was downsizing.

Marie was a past president and charter member of the Alabama Association of Extension 4-H Agents. She spent all of her Extension career working with 4-H young people and had a profound effect on the lives of the youth and families that she touched. Her emphasis on leadership and citizenship development encouraged and helped many young people realize opportunities they otherwise would not have had.

Marie was an active member of her church, Big Cove Presbyterian. She was also an active volunteer in a number of civic and charitable organizations in Scottsboro and Huntsville, particularly those that helped children. During her lifetime, she served for eleven years as the school coordinator for Friends of the Family, an organization whose purpose is to prevent child abuse. In her retirement, she spent many enjoyable hours pursuing her passion for dancing, bridge, and gardening. She was a loving mother and friend who will be missed by many.

Survivors include a daughter, Kathleen Bark, and husband Doug, who live in Memphis, Tennessee. Sadly, Marie was preceded in death by her son Martin Dombhart and her parents Herbert and Kathleen Peinhardt.

To honor Marie for being an excellent Extension agent and a caring person, we inscribe the name of Marie P. Dombhart on the dedicatory plaque of the Extension Memorial Chapel. 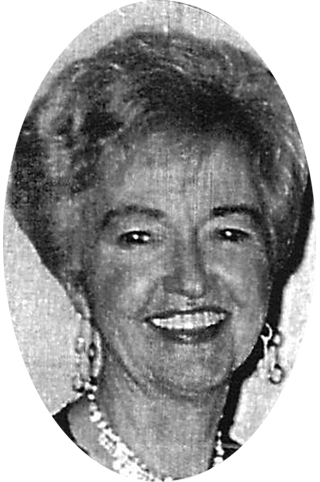