Marion Herschel Roney was a dedicated public servant and a World War II veteran; but most importantly, a loving husband, father, and grandfather, and a fine Christian gentleman.

A native of Geneva County, Herschel Roney’s early years instilled in him a love for agriculture. He was raised on the family farm which grew corn, peanuts, cotton, and raised cattle. In high school, he was a member and president of the Future Farmers of America. He was in military service during World War II, serving with the First Infantry Division in the European theater, including the infamous Battle of the Bulge, and was honorably discharged from the U.S. Army in 1945 with four Bronze Stars.

After the war, he taught veterans agriculture classes in the Geneva County Farm Program for four years. He then completed his education at Auburn University, graduating in 1954 with a B.S. degree in agriculture. He taught vocational agriculture at Rehobeth High School for seven years.

With his excellent agricultural background and education, he was a natural for employment with the Alabama Cooperative Extension Service. He began his Extension career in February 1962 and worked sixteen years as County Agent in Houston County. He retired in February 1978. In 1992, the Houston County leaders presented Mr. Roney the Allen Mathews Award for his outstanding contribution to Houston County agriculture.

His family and coworkers agree that Herschel Roney was an excellent county agent. He loved working with the farmers of Houston County, and they appreciated his wealth of knowledge. One of his primary duties had been scouting farm fields to identify diseases and insects and to suggest controls when necessary. He enjoyed his work and was very conscientious about staying on top of the latest research coming out of Auburn.

In addition to his Extension work, he also gave 25 years to the National Weather Service at Tallahassee, Florida, helping many farmers and students in college and high school.

Mr. Roney was a devoted Christian father who loved his family and serving others. He passed away on February 2, 2006. He is survived by his wife of 65 years, Louise McGowan Roney, and their three daughters, Elizabeth Ann Walker, Marian Ferguson, and Jeanette Palmer.

To honor his life of service to his family, his community, and his country, we are proud to inscribe the name of Marion Herschel Roney on the dedicatory plaque of the Extension Memorial Chapel. 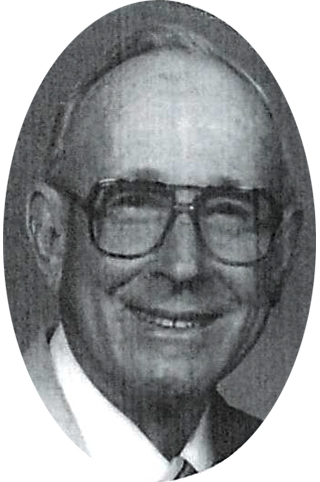