Known as an Alabamian, although she was born in New Jersey, Marion Walker Spidle’s devotion to duty has gained for her many state and national positions. Achievements highlight her career which began as an assistant principal of a junior high school and included teaching, supervisory work, and thirteen years as a home demonstration agent in Jefferson (1917-1920) and Limestone (1928-1938) counties.

She was appointed dean of women at Auburn and dean of the School of Home Economics simul­taneously, serving as dean of women for five years (1942-1947). Until her retirement in 1966, she devoted her considerable talents to leading the home economics school to a place of distinction.

Mrs. Spidle received her bachelor’s degrees from Alabama College (now Montevallo) in 1916 and from Columbia University in 1937; a Master’s degree from Columbia in 1938; and post grad­uate study at Columbia and Oregon State.

Highlights also include her selection as the woman of the year by the Progressive Farmer in 1960 and her selection in 1962 as Alumna of the year at Montevallo. Dean Spidle was also proud of her state presidency of the Alabama Home Economics Association and Chairman of the State Presi­dent’s Unit of the American HEA. She was listed in Who’s Who in America and Who’s Who in American Women.

In tribute to her life’s work, the name Marion W. Spidle is inscribed on the dedicatory plaque of the Extension Memorial Chapel. 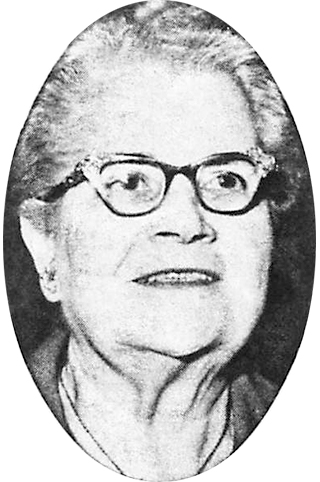